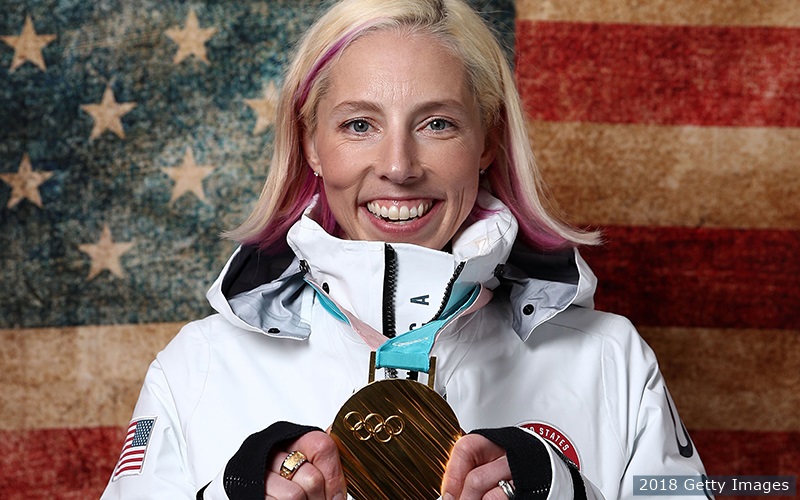 Randall, diagnosed with breast cancer soon after a gold medal in the cross-country skiing team sprint at the 2018 Winter Olympics in Pyeongchang, will be part of a group with inspirational stories.

The 36-year-old has been named, as one of 26 runners on Team #MovedMe alongside Dave Fraser, born with cerebral palsy and running his 12th New York City Marathon; Sean Hennessey, a former college athlete and recovering addict; and Mama Cax, a model with a prosthetic leg.

Randall revealed her breast cancer diagnosis in July 2018, shortly after teaming up with Jessie Diggins to win the team sprint at Pyeongchang 2018, and was elected a member of the IOC Athletes’ Commission.

On July 2, she announced she had completed infusion treatment.

Randall will be running on behalf of AKTIV Against Cancer, which works to ensure physical activity for cancer patients.

“The first thought was disbelief,” Randall told website Bustle of the moment she discovered she had breast cancer.

“I just won an Olympic gold medal, I’m in the shape of my life, I feel amazing, I’ve done everything right.

“How could this be real?

“I was used to being in situations where there were a lot of daunting things that I couldn’t really control.

“And I just taught my mind to acknowledge those things, but then reframe and focus on the things I could control.”

How men can seduce their women

Why you should give attention to your towel