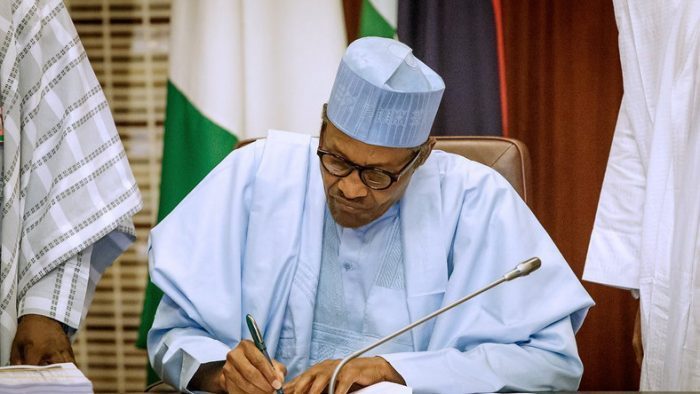 Ogun State in South-west Nigeria has the highest number of political appointments made by President Muhammadu Buhari since his re-election in 2019 holding 17 out of a total 190 appointments, a document exclusively obtained by PREMIUM TIMES has revealed.

It is followed closely by Adamawa State with 14, and Kano and Oyo states with 12 appointees each.

They are trailed by Katsina, Osun, Edo and Ondo with eight appointees apiece, Kwara and Ekiti with seven each while Delta comes next with six appointees.

States with the least appointments, according to the document, are Bayelsa, Ebonyi, Imo, Plateau and Zamfara, all of which have one political appointment each.

The Federal Capital Territory (FCT) has no single political appointee.

Ogun is the home state of Vice President Yemi Osinbajo.

The states in the zone are Kebbi, Sokoto, Jigawa, Kaduna, Kano, Zamfara and Katsina where Mr Buhari hails from.

Altogether, according to the SGF document, the six states of the South-south, namely Akwa Ibom, Bayelsa, Cross River, Delta, Edo and Rivers have 24 appointments while the North-central zone made up of Benue, Niger, Nasarawa, Plateau, Kogi and Kwara, all produced 21 appointees.

203820e5-1151-40ed-94f6-cd6b05e93c3b (1)
The South-east zone, which has the least number of states, also has the lowest number of appointments. The president made only 15 appointments from Abia, Anambra, Ebonyi, Enugu and Imo, the states making up the zone.

The document, sourced from the Office of the Secretary to the Government of the Federation, did not, however, enumerate appointments made by the president to the boards and management of federal ministries (permanent secretaries), agencies and parastatals (director generals, executive secretaries, executive chairpersons, corps marshal among others).

It did also contain ambassadorial appointments as well as those of the nation’s security agencies.

A further breakdown shows that at least 102 of the president’s aides come from the south which has 17 states while 87 come from the north with 19 states.

The appointments also include four personal physicians to the president, vice president and their wives.

Charles Dokubo, the special adviser on Niger Delta, who coordinates the Amnesty Programme, is currently on suspension. Mr Dokubo hails from Rivers.

This document did not, however, identify the state of the origin of one of the president’s assistants, Musa Bello, who is in charge of special intervention. (Premium Times)

Bloodbath in Kogi as robbers kill 8 cops, one civilian in robbery attack

Buhari not in charge of Nigeria, says Prof. Wole Soyinka