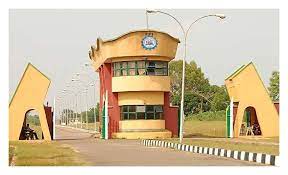 Students of  the Federal Polytechnic Ilaro, in Ogun State, on Monday, urged the Nigeria Police Force and the Ogun State Government to rescue them from what they described as ‘incessant attacks’ by gunmen suspected to be armed robbers.

The students, who live off-campus, said they were no longer safe in their abodes due to the rate at which the robbers attacked them especially at night.

Sources reliably gathered that some female students had been raped by these suspected  armed robbers, and were made to part with their phones, laptops, money and other valuables, including foodstuff.

One of the students said, “On Saturday night, these gunmen struck again, they broke into buildings to rob. They fired shots and broke the burglary proofs to gain entrance into buildings.

“One of the students was hit by a bullet in the eye. They raped female students and made away with their valuables. We are crying out for help. We have been on this for over a week now.

“Nobody is doing anything about it. Some of our girls were raped, and houses were destroyed. We don’t know what is happening. Nigerians should come to our aid.”

Sources gathered that a number of the students have fled the school environment for their various homes as there seems to be no help in sight.

It was also fathered that landlords in students-dominated areas in Ilaro met on April 12 to take some decisions on the security exigencies in the city.

I’ve nothing personal against Buhari; his wife even confirms…

“At the end of the meeting, it was resolved that all Community Development Associations (CDA)s, in Ilaro, must hire night guards and students must obtain tenancy forms.”

But the students said nothing has changed since the meeting with the landlords.

A planned protest by the students was reportedly stopped by the management of the institution.

However, in spite of the outcry and social media posts, the Public Relations Officer of the polytechnic, Sola Abiola, said he was not aware of the incidents.

On its part, the Ogun State Government, through the Special Assistant to Governor Dapo Abiodun on Students’ Matters, Mr. Azeez Adeyemi, confirmed the incident, saying, however, that he could not substantiate the claims of rape.

Adeyemi said there would be a meeting with the state’s Commissioner of Police, Mr. Lanre Bankole, to find a lasting solution to the problem.

“We are not leaving any stone unturned to put an end to the matter. We are on it already. NANS is also on it. We are equally meeting with the CP.  So, we are on top of the matter,” he said.

I’ve nothing personal against Buhari; his wife even confirms my criticisms of her husband, says Fr. Kukah

I’ve nothing personal against Buhari; his wife even confirms my criticisms of…