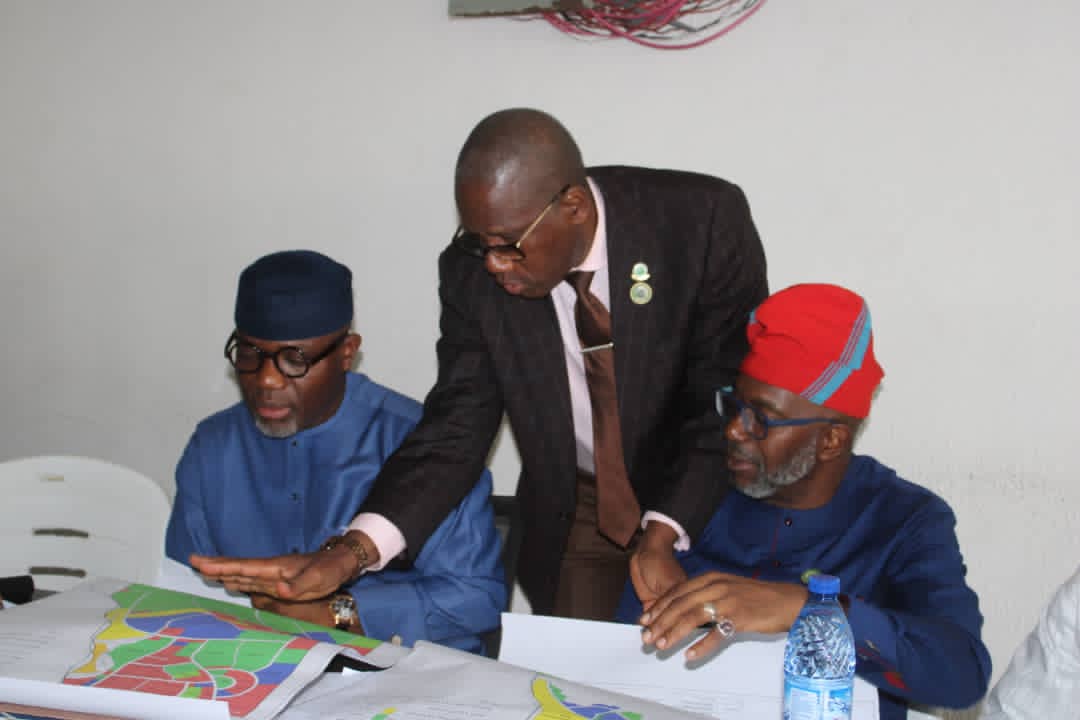 The Ogun State Government says its development master plan of Ijebu-Ode/Epe/Mojoda roads will berth a robust economic cluster and developmental projection for the present administration-led by Prince Dapo Abiodun.

The Commissioner for Physical Planning and Urban Development, Tpl. Olatunji Odunlami made this known at presentation of the Draft Master Plan Report Of Ijebu-Ode/Epe/Mojoda, held at Ministry of Education, Science and Technology Conference Hall, Oke-Mosan, Abeokuta.

He noted that the state government decided to design a master plan for the development of the area and others, so as to create economic cluster devoid haphazard and to increase Internally Generated Revenue (IGR) target of the state.

“Indeed, it is very imperative come up with a very good master plan of the area and many others, in order to create more wealth and development for the state and improve on our IGR, and to reduce more of concentration of a  region”, Odunlami said

Also, the Permanent Secretary in the Ministry, Mr. Adetunji Kanimodo said that the master plan of the area would add more value for the infrastructural benefits of the residents, saying that it would attract more investor, stakeholders and others to partner with the State government on the investment fora.

He said a befitting roads network, and attractive infrastructural facility would beckoning on investor to establish its business, saying government were working hands in glove to achieve better investment friendly environment through the master plan of the area.

Earlier, the Commissioner for Finance and Chief Economic Adviser to the governor, Mr. Dapo Okubadejo said that locations like, Ijebu, Remo, Atan-Agbara/Ota, Abeokuta, Magboro and Imeko-Afon had listed to be the state government’s economic cluster, saying it was positioned to attract local and international investors.

He added that the master plan of the areas were to provide job opportunities for the teeming youths in the state, also for the provisions of food security and security of life and property, noting that it was the era of Chief Obafemi Awolowo such development had happened by tagging “flourgate” then as economic cluster.

“You see, all these locations will significantly boost productive output, achieve regional planing, stimulate economic growth and development that would lead to individual prosperity”, Okubadejo said

One of the Consultants, Tpl. Moses Ogunleye, said that most of the state governments failed to plan its geographical regions, blaming haphazard development on the non-challant attitude and not planning projects of some state governments of the federation.

He said those areas has a very good master planing projects, such as waste water management, adequate electricity supply, good road networks and many more, saying it is a twelve years (12) projection, which phase one would take up twenty four months, phase two with three years while third phase would take up to five years..

He hailed the state government for seeking professional guidance for the establishment of the economic cluster, saying that these would aid and guide it from failing and disappointing investors.