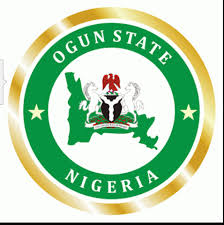 The Permanent Secretary, Ogun Bureau of State Pensions, Mrs Ajiun Dada, on Wednesday, said the state government had paid N4.7 billion to pensioners in the state between January and June.

Ajiun made this disclosure while playing host to members of the Ogun House of Assembly Committee on Establishment and Public Service Matters, who were on oversight visit to the Bureau in Abeokuta.

The permanent secretary also said that the state government had spent the sum of N37. 4 million on payment of gratuities during same period.

She noted that the government had addressed matters concerning the welfare of the Senior Citizens and entire workforce in the state.

“It is pertinent to note that the bureau maintains a mutual relationship with the National Pensions Commission (PENCOM) and the Pension Fund Administrators (PFA),” she said.

The permanent secretary added that the bureau needed office furniture, computer system and internet facilities for accurate data base of pensioners.

Mrs Modupe Mujota, the House committee Chairman, urged the bureau to ensure prompt payment of the pensioners’ entitlements, adding that the assembly would not hesitate to support the bureau when necessary.

The News Agency of Nigeria (NAN) reports that other members of the committee included Elemide Oludaisi, Ajibola Sikirat and Adeyanju Adegoke. (NAN)