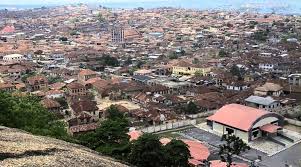 An Ogun State House of Assembly candidate on the platform of the African Democratic Congress (ADC) in the last election, Otunba Bisi Oyedele, has condemned, in strong terms, the killing of three students by men of the Nigerian Customs Service in Ipokia local government.

According to reports, the victims, who were students of Ojumo Community High School, Ihunbo in the locality, were reportedly hit by a vehicle driven by a Customs officer who lost control, killing three students in the process and injuring market women.

The vehicle, it was learnt, was seized from some suspected smugglers along Idiroko road.

But Oyedele in a statement, on Monday, described the incident as a ‘sad narrative of our security situation in Ipokia local government.’

He observed that the primary role of Customs operatives is to prevent the importation of illegal and dangerous goods, chiding them for gruesomely killing indigenes of the constituency.

He said, “This incessant and gruesome killing of people in Ipokia/Idiroko state constituency by men of the Nigerian Customs Service has unfortunately become a sad narrative of our very frail security situation in that constituency.

“These killings have continued unabatedly, and could have damaging consequences for our State security if not checked immediately. It must stop now before things spiral out of control.

“At this moment, we must put up concerted efforts to address this extrajudicial acts.”

Oyedele, however, appealed to the state and Federal Government to intervene in the incessant killings of people in the local government area and ensure that the perpetrators are brought to justice.