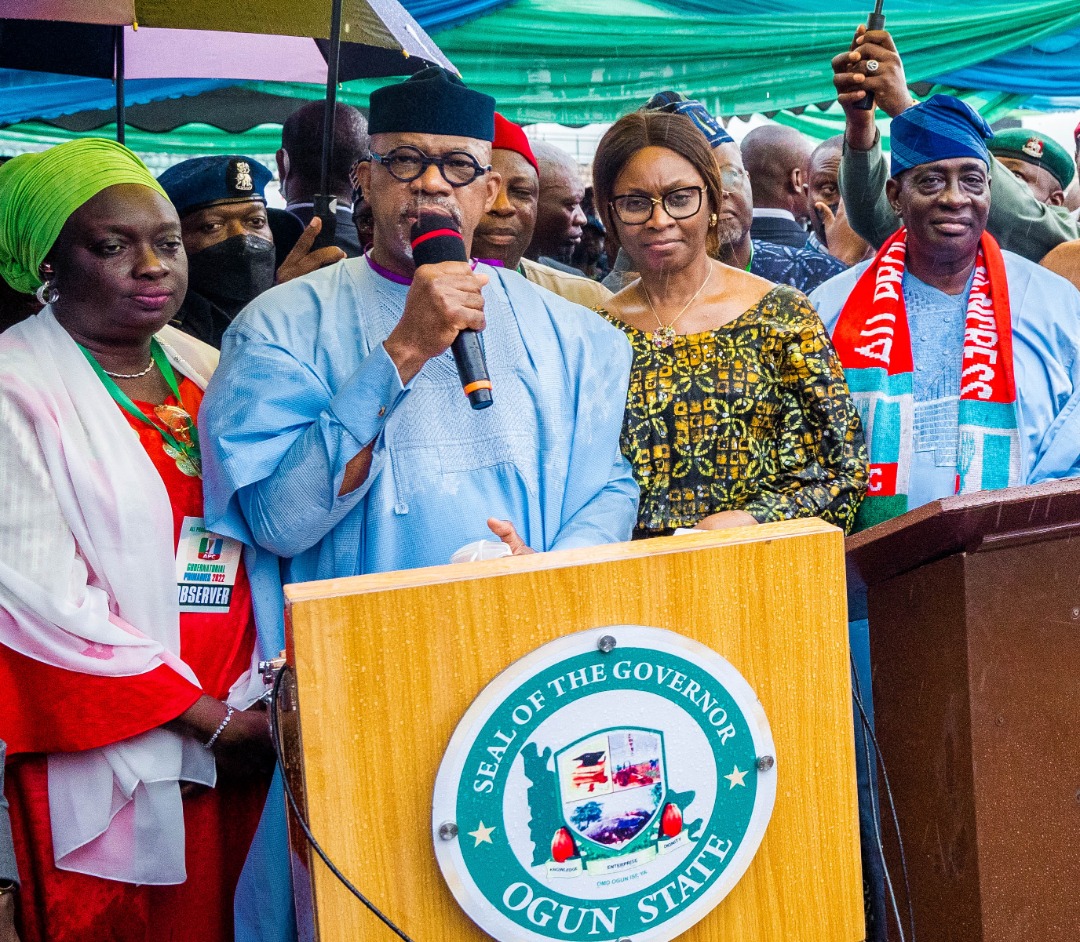 Incumbent Governor of Ogun State, Prince  Dapo Abiodun, on Thursday, emerged the governorship candidate of the All Progressives Congress (APC) in the state for 2023 general elections.

While Abiodun polled a total of 1,168 votes out of 1,170 delegates accredited votes to, others scored zero vote each with only two votes voided.

The exercise was conducted by the five-man electoral panel, led by Wale Ohu, and was monitored by the officials of the Independent National Electoral Commission (INEC), led by the Director of Elections and Party Monitor, Mrs. Oyafunke Olanike.

Ohu announced Abiodun as the winner of the election after delegates drawn from the 236 wards of 20 local government areas of the state, cast their votes with maturity and orderly manner.

Ogun Primaries: Drama as East supporters in tears as senatorial…

2023: Presidency should be contest of ideas, not where you come…

Governor Abiodun in his acceptance speech, described the election as a victory for the people of the state in general. His words:

“This is definitely a day to remember. It is a day of victory – a victory that I will savour for all my life. It is a day the majority of our party men and women spoke with one voice. It is a day that an overwhelming 100 per cent was scored in an electoral process in Nigeria. I am excited. I am grateful and I promise not to let you down.

“A 100 per cent in any exam is the mark of genius. While I do not claim to be one, I am challenged by it. In a democracy, it is a resounding vote of confidence. You know it is one thing to support one on paper; on the social media or on the face value. This is real life and not mere audio endorsement. In a free and fair contest, it speaks volume about a people’s love for their own.

“I will continue to carry out the office of governor in such a way that those who voted for me today can take pride in having done so. Let me also assure you that those who will be my opponents in the general elections would be pleasantly surprised and have no choice than to join us in our Vision of “Building Our Future Together”.

“During these uncertain times, my highest commitment is to be your bipartisan voice in the state so that we can achieve our shared goals. Our state is one that has been built by our compassion towards each other, our commitment to decency, and our faith in our neighbours.

“Now is the time for us to be more united as a people so that we can genuinely continue to improve on our economy, create more rewarding jobs, provide more effective and easily accessible healthcare, and ensure that every student receives improved education.*

2023: Presidency should be contest of ideas, not where you come from  – Lawan

2023: We’re not saints but APC presidential candidate won’t emerge by…