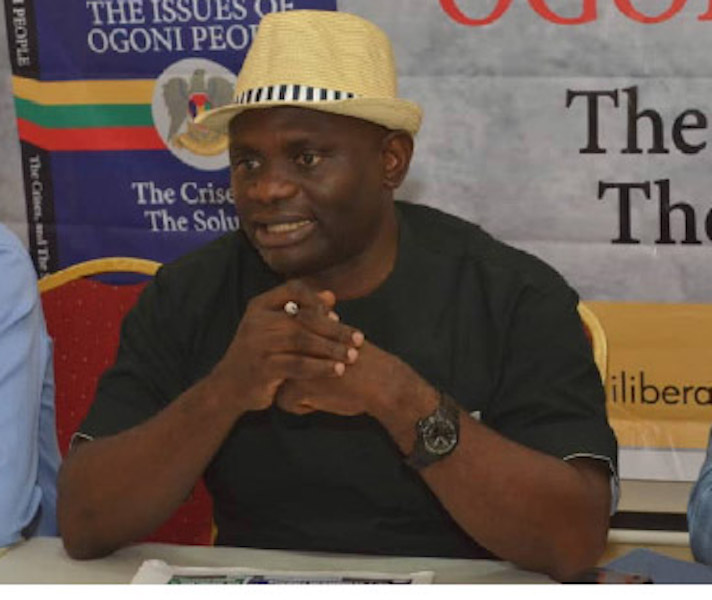 The Ogoni Liberation Initiative (OLI) has vowed to attract development to the Niger Delta through its impact reports on the group’s international magazine titled “Niger Delta Focus”.

Unveiling the magazine, in Port Harcourt, Rivers State, President of OLI, Dr. Fabeke Douglas said the magazine would go a long way to educate Ogoni people that oil is not the only source of revenue.

Dr. Fabeke vowed to positively change the story of the Niger Delta people through effective engagement with government and the private sector.

Speaking on the content of the magazine, Fabeke stressed, “There is alot of fake news coming from the Niger Delta area, alot of negative news that does not give any hope. The reason for the magazine is to create hope for the people”.

President of the ethnic group, further stated that the magazine will be used to expose the sufferings and hardship of the people in the region with the aim to address them.

“We are determined to change the story of our people by working with government and other investors. We did a research and found out that the Niger Delta does not have a credible medium to showcase their plight”, Fabeke said.

He said the no one could tell the story of the oil reach community better than the people who lives there. He added that the content of the magazine will attract presence of the federal government to Ogoni and enhance more development in the Niger Delta region.

“I did a research and discovered that Niger Delta does not have any media platform in which they can carryout their information. So we are ready to work with other media organisations to ensure that we bring in positive information for our people.

“We are also going to welcome the Federal Government to come to our land and every agreement we are going to have with them is going to be published in that magazine.

“One of the instrument you use for freedom is information. I didn’t dabble into Ogoni struggle like that, we spent time studying what Ken Saro-Wiwa was doing and one of the information that I studied is contend in the book.

“I studied what the young man wanted to do. Ken said one day that he just want a city that there will be permanent light. The focus of Ken Saro-Wiwa was to make Ogoni people benefit from their resources,” Dr. Fabeke added.

Bandits attack military base in Sokoto, kill many soldiers