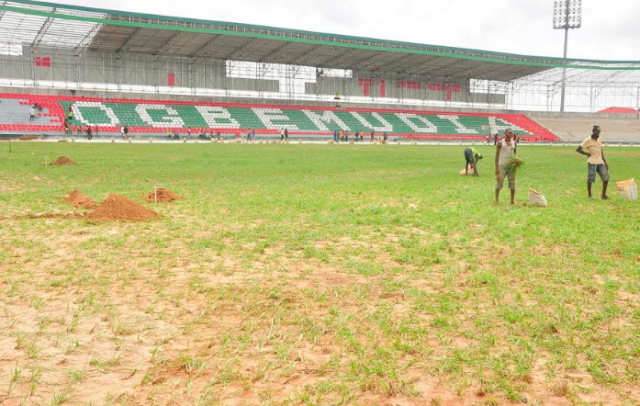 The Edo State Deputy Governor, Philip Shaibu, on Monday said that he was satisfied with the level of reconstruction at the Samuel Ogbemudia Stadium, Benin.

Shaibu expressed his satisfaction after he was conducted round the stadium by Femi James, Project Manager, Peculiar Ultimate Concerns Ltd., the contractors handling the work.

According to him, the government is satisfied with the level of work done so far, the contractor is maintaining the deadline for the completion of the work.

“I came to check if they are still maintaining the quality of work we gave to them, but in terms of quality of job done so far, I am impressed.

“The pace of work is commendable too, because they are going according to plans.

“The main bowl has a deadline of first week of July, they should get the pitch ready for a small football match to test the ground.

“But for the entire complex, which includes the swimming pool, table tennis court, indoor sports hall and other facilities within the stadium will be ready at the end of September,” he said.

Reacting, James assured the government and the people of Edo that work on the main bowl would be ready in July, adding that other aspects of the stadium would be delivered on schedule.

He said the quality of work at the stadium, after completion, would have the conventional guarantee of 50 years. (NAN)