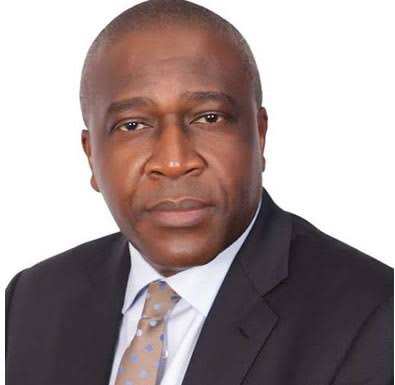 He hinged his summation on the pedigree of Soludo and the sterling performance of the current APGA government headed by Governor Chief Willie Obiano.

According to him, “Prof Charles Soludo is tipped to win the election. People will give him the benefit of doubt because of his level of education and as an Economist, who has a track record as former Governor of the Central Bank of Nigeria. Moreover, his party, APGA, is on the ground as the ruling party. Of course, I am a member of the APC. However, there should be no party sentiment once it comes to Anambra. I cannot be guilty of anti-party activity for being realistic. APC has the wrong candidate in this election.

“As a matter of fact, Valentine Ozigbo is the best to win but he won’t. The reason is because he is disadvantaged. His Peoples Democratic Party, PDP, is not doing well in Anambra right now. Ozigbo has all it takes to govern Anambra but no money to prosecute the election, and their main man, Peter Obi, not a big spender. Whether you like it or not, we play money politics in this country.  Our politics is so monetized even a son could collect money from the opposition and vote against his father. No, it won’t be easy to collect anybody’s money and vote for someone else; they have a way of monitoring how voting goes.

“As regards Andy Uba, he cannot win this election on fair ground. He has very bad antecedents. People have bad notions about the Uba family, rightly or wrongly. Many believe they were responsible for the burning of   Anambra in 2017 and the kidnap of Chis Ngige, a sitting governor. Andy may have denied it. Of course, that’s what is expected of him. Nobody expects him to admit that he had a hand in it. One does not have to be in the country to order the abduction of the governor of Anambra State.

“If APC is expecting to rig Andy Uba to office against the will of the people, it will deceiving itself and courting trouble, as the people will resist it.  The President Muhammadu Buhari I know is a straightforward and sincere person; he will never support such impunity.”

Chief Offodile was emphatic that the election must hold and does not foresee anything stopping the voters from coming out to cast their votes.

“Nobody can stop the election or prevent the people from coming out to vote. The Independent People of Biafra, IPOB, cannot stop the election and has no plans to. Anambrarians are extremists when it comes to elections. Not coming out to vote would enable enemies of Anambra to put their own person in office. That will not happen. People have no reason not to vote, even with IPOB’s purported sit-at-home order. All they need to do is just take a stroll in the neighbourhood to vote and return home. The polling booths are not far from their homes,” he said.

Speaking on the personality of Obiano, Offodile explained: “People have preconceived opinion about Obiano but he has performed very well as a governor. His problem is where he comes from. It is like the carpenter’s son becoming the saviour. We are pauperised in Aanambra East and nobody believed it was possible for the area to produce the governor. Ex-governor Peter Obi gave us that opportunity though Obiano treated him badly, unfortunately. However, it is normal. Even in a family setting, a son can turn against his father. Any Omambala person that does not support Obiano is making a mistake. If for nothing else, at least, they should support him because of the Anambra airport at Umueri.

“Despite the last minute politics to abort the airport commissioning, it has come to stay. Anambra people are happy and whether they like it or not, the achievement will count positively for the APGA and its candidate in this election.”

He urged the people to come out in their numbers and vote for a candidate of their choice and predicted a massive turnout of voters.

“I can tell you that the turnout will be massive. People should not be afraid to come out and cast their votes; it is their right. If they don’t come out to vote, their enemy would seize the moment and impose their choice on them. The only way to avert this is to overcome their fear and come out and vote.”