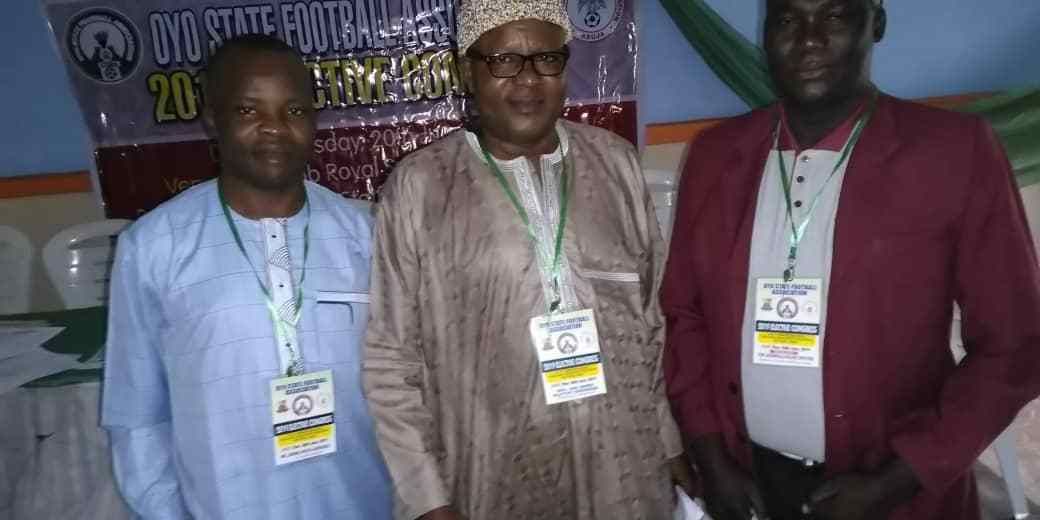 An Ibadan monarch, Oba James Odeniran, was on Thursday returned as the Chairman of Oyo State Football Association.

The News Agency of Nigeria (NAN) reports that the election, which held at the conference hall of Ladabod Royal Suites in Ibadan, was supervised by Alhaji Ganiyu Majekodunmi, Ogun State FA Chairman and representative of NFF.

NAN reports that Odeniran, who the former Chairman and the Alakinyele of Akinyele, was returned unopposed after garnering the entire 11 votes cast to secure a second term in office.

Mr Isaac Ayangbile emerged the Vice-Chairman of the association, having also polled the entire 11 votes cast without opposition.

READ ALSO:Airtel Africa to sell shares to Nigerians at N454 per share

Odeniran in his acceptance speech, pledged that his administration would not relent until their efforts on football development in the state attained the desired results.

He promised to give his best to develop football at the grassroots level by identifying and grooming more talents.

“Today, we thank God that three of our talents that we can boast of are at the national level and we hope to identify more.

” On female football, we are going to partner the state sports council to ensure its development,’’ he said.

He thanked all stakeholders and the delegates for the confidence reposed in him, promising not to let them down.

Majekodunmi, in his remarks, cautioned members to desist from any action that could cause division in the association.

“We are one in the football family and loyalty here is 100 percent. Our members should avoid all actions that can cause division in the interest of the association,’’ he said.

Mr Leye Adepoju, a former Chairman of the association in the state, called on members to collectively support the new administration to succeed.