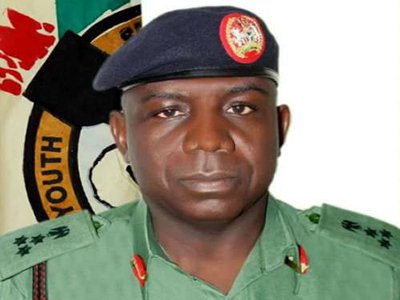 The D-G, who was represented by Director Skill Acquisition Department, Mr Nuhu Kwaghe, noted that the skills acquisition trainings were introduced to promote self-reliance and encourage entrepreneurship to enhance the nation’s economic growth.

“More than eight skills acquisition programmes were designed for corps members in collaboration with some agencies to facilitate the training programmess,” the Director-General said.

He urged corps members to avail themselves with opportunities, adding that collaborations and partnerships with trainers and funding institutions were carefully being implemented to avoid frauds and other illegal dealings.

He, however, cautioned corps members against unnecessary travelling and urged them to be disciplined in their relationship with the NYSC authorities and their host communities.

He further cautioned them to be security conscious in recognition of the security challenges in the country and be wary of their associations.

Kazaure enjoined corps members to strive for national development in all aspects and be part of change agents in the society.

The director-general said he was at Wamakko Orientation Camp to ensure corps members’ well-being and motivate them for the lined up programmes, aimed at preparing them for the future challenges.

He described NYSC members at Sokoto State orientation camp as the best set he had so far visited and commended officials for proper condition of the camp as well as activities management.

Kazaure advised them to put the nation’s development first, promote virtues and downplay sentiments in the interest of national unity.

In his remarks, the State Coordinator of NYSC, Mr. Philip Enaberue, said 2, 066 corps members are participating in the orientation from 36 states of the federation.(NAN)