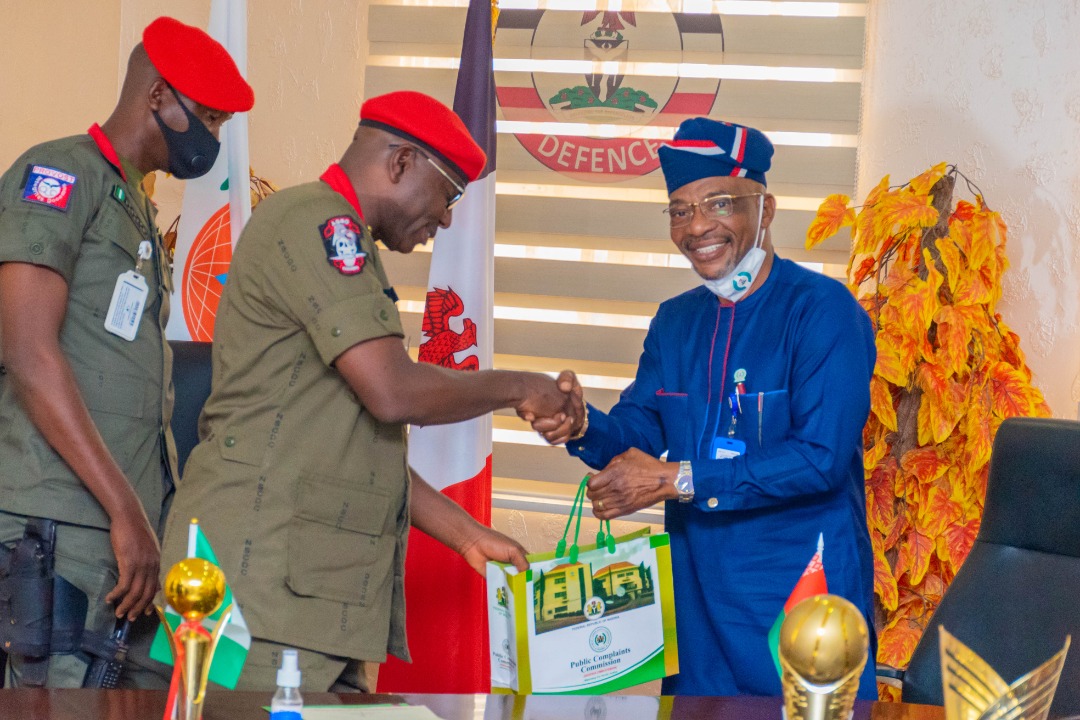 The Nigeria Security and Civil Defence Corps (NSCDC) and the Public Complaints Commission, also known as Ombudsman, have agreed to collaborate in the provision of security and maintenance of peace and order within the country. 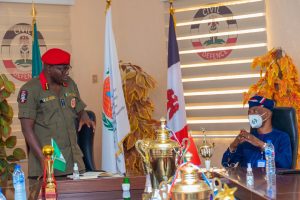 The need for synergy and collaboration between the duo was brought to the fore during a courtesy call on the Commandant General, Dr. Ahmed Abubakar Audi at the Corps National Headquarters as a deliberate effort to strengthen collaboration and synergy in the context of intelligence gathering and sharing especially at this time the country is confronted with imminent security challenges arising from banditry, kidnapping, insurgency and other nefarious activities.

READ ALSO: http://(OPINION) Amaechi: Climbing the hill, a man and his Destiny

According to the Commandant General, the current security threats in Nigeria necessitated the strategic partnership of both agencies in confronting the present day security challenges. He identified offensive strategy as an effective approach to combat perpetrators who have remained adamant in spite of measures put in place.

He further urged the Chief Complaints Commissioner, Hon Abimbola Ayo-Yusuf and other members of his management to assist in information sharing, reiterating that intelligence gathering remains the best strategy in security. He also called on the commission which receives and treats complaints from all quarters to leverage on the relationship with the Corps in resolving disputes and conflicts. 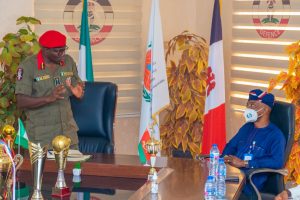 The CG pointed out that through peace and conflicts resolution mechanism under the directorate of crisis management, the corps has resolved over a thousand conflicts for Nigerians.

Dr Audi assured the chief commissioner of adequate security for all the commission offices nationwide, reiterating that NSCDC State Commandant’s would be directed to work out plans for ensuring security of their personnel and assets.

Earlier in his presentation, Hon Abimbola Ayo-Yusuf commended the corps for it’s  assiduous efforts in maintaining peace and order in Nigeria amidst the current security challenges.

He appealed to the corps as a regulator of Private Guard Companies to address what he described as loopholes in their operations like welfare, safety and security of the guards.

The Chief Complaint commissioners explained that the visit was to enable him and his team who were inaugurated in July last year acquaint themselves with the Commandant General and to seek collaboration with the Corps nationwide for ease of operation.

(OPINION) Amaechi: Climbing the hill, a man and his Destiny