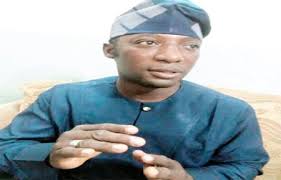 A  public analyst, social commentator and human rights activist, Razaq Olokoba, is the National President, Campaign for Dignity in Governance, CDG, a coalition of over 70 civil society organisations.

In this interview, the pro-democracy activist took a critical look at the performance of the Lagos State Governor, Babajide Sanwo-Olu and gave him a pass mark. According to him, the governor, within a very short time in office, has started bringing the state back on track again.

Has Governor Sanwo-Olu met your group’s expectations of hitting the ground running?

Of course. Money is the driving force of the economy. And Governor Sanwo-Olu has started well by re-engineering the financial engine of the state. He has worked on the Internally Generated Revenue, IGR, and put in place, machinery to curb wastages. Besides, some of the imminent and glaring challenges confronting the state like heaps of refuse are now disappearing thereby giving the state a clean environment. In addition to ridding the state of refuse, he has put in place, a system whereby the refuse would be recycled and brought back for better use to benefit the citizenry and also generate more revenue.

Sanitation has been taken more serious and there is willing compliance to the laws by the populace.

The civil servants are also in high spirit because the governor has introduced a lot of morale boosting policies and programmes for them and the public office holders.

Has he been succeeding in getting rid of traffic jam in the state?

Sanwo-Olu has made the people to be convinced that he knows the workings of the government. He knows that traffic congestion is inimical to economic growth. If a journey of 15 minutes takes up to two hours, its effect on the economy would be enormous.

It is against this background that the governor has taken the bull by the horns by tackling the potholes around the state. And it is no more news that in order to save Lagos residents the loss of several productive hours on the road, Sanwo-Olu has suspended collection of toll at the Lekki Toll Gate during the rush hours in the morning and in the evening. And the good people of the state are appreciative of that.

Improvised solutions have been designed for road repairs in areas synonymous with log jam and thereby facilitating an employment opportunity and job creation viz a viz construction of parking spaces and so on. And to ensure hitch-free transportation in Lagos State, the existing Traffic Laws are being enforced.

But some motorists complain that the laws are draconian. What can you say to that?

There is nothing draconian in the law. It is just a reminder of the existing law. These laws are not new laws. But the reason for the process of enforcement, if I can read the mind of the governor correctly, is that, transport and haulage play a very prominent role in the economy of the nation. If Lagos State houses over 50 per cent of Nigeria’s economy, there is no government that should not pay serious attention to movement of goods and services which is done by transportation.

Haulage tops the list of contribution to the world economy today. Talk of airlines, ship lines, rail lines, road vehicles and others. So, if you look at the tonnages of world economy, it is second or third now as telecom has taken the number one position while mining has taken the fourth position or so.

Apart from the economy of the nation that it would boost with free transportation system, it would also be a good thing for the governor of a state to guarantee easy coming and going of people in the conduct of their businesses.

How would the law impact on the prosperity of the state?

How do you expect the nation to prosper if Lagos as custodian of more than half of its economy passengers spend three or more hours to the office and three or more hours back home? That is a quarter of a day and waste of production time! So, Lagosians must support the state government in whatever it is doing to ensure that there is free flow of traffic. Law is ordinary paper if there is no enforcement. Law is ordinary law if there is no penalty for offences.

The solution to avoid penalty is simply not to break the law. It is as simple as that. If you don’t want to be penalised for making and receiving calls while driving, then don’t make or receive calls while behind the steering wheel. Don’t ever fall into that temptation. But sadly, we commit that offence every day of our life even with the risk and danger involved in the habit! It is even more dangerous driving against the traffic. Apart from the risk of running over innocent residents, driving against traffic causes chaos.

What I am trying to say in essence it that, Cairo in Egypt, Johannesburg in South Africa and Lagos in Nigeria are the most cosmopolitan cities in Africa. So, the transport system in those cities, there is heavy enforcement of the law that makes their ratings as mega cities non-negotiable. The easiest way to destroy the status of a mega city, cosmopolitan city or metropolitan city is when the transport system is in chaos.

And this is being touted by the United Nations and it is also being repeatedly emphasised by the World Bank that the future business hub of Africa is Lagos. So, Sanwo-Olu should not be thinking only for Nigeria but for the whole of Africa in whatever he does here. He should exhibit the sophistications of having it at the back of his mind that he wants to create a base for Africa, an avenue for one of the biggest markets in the world. So, if that is what our aspiration is, we should support the Lagos State government.

And thankfully enough, Sanwo-Olu’s open-door policy has made the government very accessible

What then do you expect from the citizenry?

It is simple. It is just a call for financial patriotism from the people by paying tax diligently. Support from people is important for the success of any government. So, we enjoin all Lagosians to continue to support Sanwo-Olu, the sophisticated governor of Lagos and the 21st century public officer.

We also call for more support from the Federal Government because Lagos is the custodian of the nation’s economy. Sanwo-Olu should be commended for holding Lagos intact and in trust for the rest of the nation.