Non-remittance of stamp duties: Reps to issue bench warrant on CEOs of banks 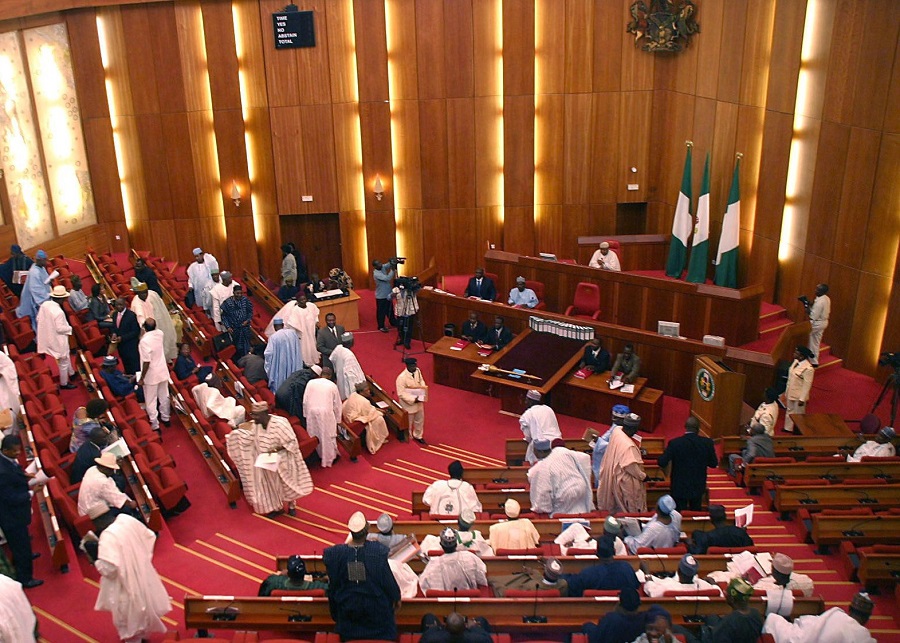 The House of Representatives adhoc Committee investigating non-remittance of stamp duties funds into the federation account has threatened to issue bench warrant for arrest of Chief Executive Officers of banks and other agencies that failed to appear before it.

The committee is investigating non-remittances of stamp duties, amounting to trillions of naira into the federation account since 2010.

The decision was sequel to a unanimous adoption of a motion by Rep. Adekunle Akinlabi (APM-Ogun) at a public hearing on Wednesday in Abuja.

The committee frowned at the absence of the CEOs and refused to accept representatives outside the executive management cadre of the organisations.

Akinlabi said that only three banks sent senior management staff to honour the invitation of the committee.

He decried the absence of the CEOs,  saying that the investigation is very important and the CEOs who are saddled with the responsibility of collecting taxes should take it seriously.

According to him, the CEOs were present when they wanted to secure the business but have refused to appear for an investigative hearing.

Rep. Olowale Raji (APC-Lagos) described the absence of the CEOs as “an act of irresponsibility.”

“When some of the CEOs receive invitation from parliament, they treat it with levity, this is an insult on the house which we shall not allow,” he said.

He said that the representatives sent by the CEOs who were below the executive management cadre would be treated as spectators.

Earlier,  the Chairman of the Committee, Rep. Abubakar Ahmed (APC-Gombe) said that the committee was set up on April 25, 2019.

He said that the Stamp Duty Act gave powers to banks to collect stamp duties and that the 1999 Constitution provided for the federation account and the manner of withdrawal.

Ahmed said that the house has received reports,  alleging irregularities in the collection of stamp duties amounting to trillions of naira.

The chairman said that the house is concerned that money collected was not being remitted to the federation account.

The legislator said that Civil Societies Organisations (CSOs) have tried to investigate the funds to no avail and that some reports suggested that documents were deliberately hidden from the public.

Ahmed said that the funds could be used to build infrastructure or kept in banks to generate interest.

The chairman said that the investigation is out to determine the amount generated from stamp duties, the location of the money and why it has not been remitted.

The Acting Director, Banking Services, Central Bank of Nigeria (CBN) said that a bank statement showing all the details of the amount collected since 2016 has been submitted to the committee.

He said that the CBN gave a bank by bank details of all the revenue generated from stamp duties during the period.

The director, however, said that some amount collected have not been remitted into the federation account for legal reasons.

He said that there is a case at the Supreme Court and that the decision of the court would determine if the money would be transferred into federation account or returned to the tax payers.

“We are bankers and we reply on directive from the Office of the Accountant General of Nigerian Postal Service (NIPOST) to make such transfers,” he said.

He disclosed that the amount collected from stamp duties since 2016 is N35.2 billion and that to the best of his knowledge, no bank is keeping stamp duty money.(NAN)