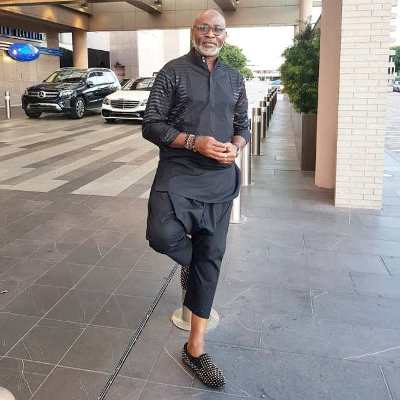 The News Agency of Nigeria reports that the thespian and Lawyer stated this as he  took to his IG page  to share insightful thought on “Finding True Happiness.”

The admonition is coming at a time when the spate of butt and boob enhancement, especially among celebrities, increasing.

READ ALSO:READ ALSO:Ambode’s wife hands over to wife of Governor-elect, reels out achievements

He wrote: “True happiness comes from knowing who you are (self discovery) and loving yourself, anyone who can live without caring about the validation of others is the one who has found true happiness.

“A woman who is secure in her looks has no urge to go under the knife for enhancement, think Michelle Obama.

“Having been there, I can tell you for free that weight loss, weight gain, butt enlargement, boob lift, marriage, buying/building your own house, having kids, wearing expensive clothes and shoes cannot make you truly happy.

“Mostly, the things we do to show others we are beautiful, made, tough and/or connected are things that magnify our insecurities.”

The 58-year-old superstar and and former Commissioner for Culture and Tourism in Delta State, is a foremost Nollywood actor.

He is acclaimed for his roles in ‘Out of Bounds’, ‘Hostages’, and ‘Diamond Ring’ ,among other masterpiece.