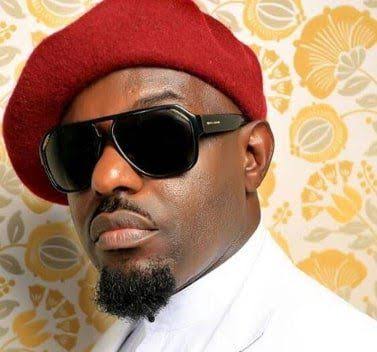 Viral video circulating on social media shows Nollywood actor, Jim Iyke trailing a colleague, Uche Maduagwu to a studio and beat him up.

In the alternation, Maduagwu who expressed shock that Jim Iyke knew his whereabouts, said he would be arrested by the Economic and Financial Crimes Commission (EFCC).

“How did you know that I am here,” a bewildered Maduagwu asked.

EFCC will carry you for this thing wey you come here, You know they’re looking for you,” Maduagwiu said.

Furious Jim Iyke lunged at him and kicked him on the stomach and chased him away from the studio as people try to restrain him from harming Maduagwu.

It is not clear what caused the fight, but social media bankers said Maduagwu called Jim Iyke a ritualist.

“So the actor Uche Maduagwu insulted Jim iyke some day back, called him a Ritualist, Jim Iyke trailed him to his studio or whatever to beat him up,” one social media user said.