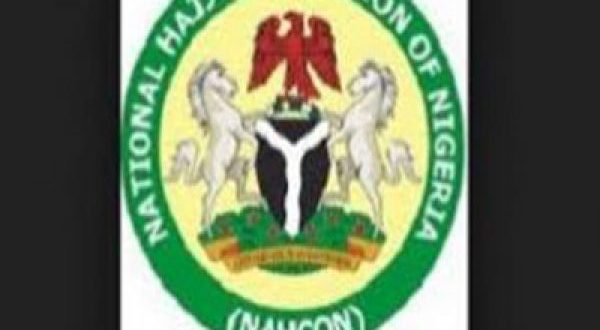 The National Hajj Commission of Nigeria (NAHCON) says there is no truth in a media report that a Max Air aircraft carrying over 500 pilgrims from Saudi Arabia to Nigeria crash landed at Minna International Airport on Saturday.

The Chairman of the commission, Alhaji Abdullahi Muhammad, said this in a telephone interview with the News Agency of Nigeria (NAN) from Makkah, Saudi Arabia on Sunday.

He said immediately the story filtered into the public domain, the commission conducted its findings into the purported development by getting in touch with the management of the airline concerned and interviewed some passengers that boarded the said plane.

“The result of our findings showed that there is no such thing as emergency landing or crash landing of any plane in Minna involving pilgrims being transported back to Nigeria by the commission.

” Some of the passengers we talked with on the issue even said they were hearing the purported news for the first time and that there was no such development as far as they were concerned,” Muhammad said.

The management of MaxAir, which also denied the report, however, said there was heavy torrential rain with unstable wind when the plane was landing at the airport.

Capt. Ibrahim Dili, Director of Flight Operations of the airline, while reacting to the report, said that at the time of arrival, there was heavy torrential rain with unstable winds.

“The instrument landing system at the airport was epileptic with unreliable signals.

“Our pilots executed an approach, using their wealth of experience, knowledge of the terrain and environment to a safe landing and stop on the runway during which one of engines slightly brushed the runway.”

The slight brush of the engine, Dili said, was due to the complex landing maneuvers , occasioned by the strong downdraft, stressing that the aircraft did not crash or skid off.

According to him, the aircraft taxied safely to the airport terminal and passengers disembarked without any problem.

He, however, said that all required reports of the “minor incident” had been filled.

Dili said officials of the Nigerian Civil Aviation (NCAA) and Accident Investigation Bureau (AIB) inspected the aircrafti and the runway and were satisfied with the outcome of their inspection.

NAN recalls that some dailies had earlier reported that a plane conveying about 600 pilgrims in the 2019 pilgrimage from Saudi Arabia crash landed at the Minna International Airport.

It said that the aircraft was said to have developed technical fault in one of its four engines and skidded off the runway while approaching the airport.

The report, however, said no pilgrim was injured or death recorded in the incident.

Meanwhile, a check on the command and control centre of NAHCON showed that the commission has so far conducted 80 flights with 38,807 pilgrims transported back to Nigeria as at September 7.

The centre disclosed that MarAir, with registration no.2098 departed Jeddah to Kano via Katsina with 529 pilgrims. (NAN)