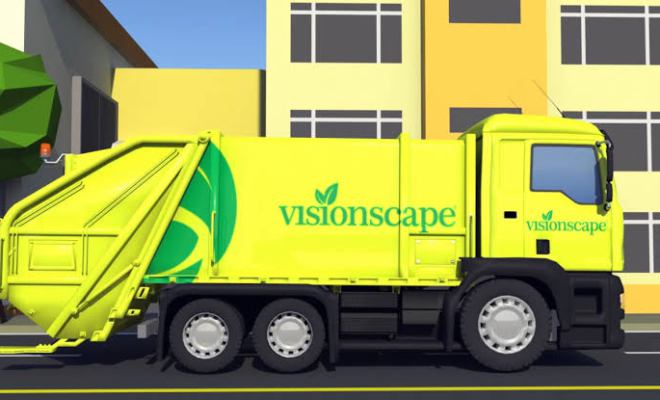 A global credit rating agency, Fitch Ratings, has affirmed the positive economic ratings of Lagos State despite the missed contracted services payment by Visionscape Sanitation Solutions as a result of halting of the waste management agreement.

In a statement dated March 28, 2019, (See the full Fitch Statement Attached Below) Fitch said the State’s B+/(AA+(ngn)/ ratings remained stable and unaffected by the default of the SPV Municipality Waste Management Contractors Limited (MWMCL) led by Visionscape occasioned by the halt of the said contract and the subsequent resolution of the State House of Assembly.

The SPV is a private consortium led by Visionscape Sanitation Solutions (Visionscape), a company mandated to manage Lagos’ waste collection and disposal.

Early this March, the SPV is reported to have missed the semi-annual principal and coupon payments for about N800 million on the N4.85 billion tranche under MWMCL’s N50 billion medium term note programme.

The bond was issued by MWMCL reportedly to raise funds to purchase recycling trucks and equipment, linking debt service to the proceeds coming from Lagos for the implementation of the waste recycling contract.

Some market participants had deemed MWMCL’s default to imply also the default of Lagos, given the state’s Irrevocable Standing Payment Order (ISPO) whereby a stream of its own internally generated revenue was remitted to the SPV account for debt servicing.

But the agency, in its opinion, said the ISPO, and similar arrangements in other countries, is a mechanism enhancing the predictability of payment flows from an administration, potentially enabling it to address liquidity stress by prioritizing the payment of certain liabilities.

However, such a mechanism normally falls short of the senior, unconditional, and irrevocable features qualifying it as a solvency guarantee, i.e. a guarantee of timely repayment of long-term financial liabilities, such as bonds and loans, over extended periods.

“In short, the ISPO is seen as a commitment to set aside resources for debt service, making it a risk-mitigating factor in case of liquidity stress by an administration rather than a credit enhancement.

“Fitch does not rate the defaulted bond and believes that it would not have been able to rate the state’s commitment towards Visionscape – underpinning the bond debt servicing – under its Public-Sector Counterparty Obligations in PPP Transactions Criteria. Fitch does not rate commercial liabilities, i. e. those arising from service provision, such as waste fees/utility bills,” the agency said.

Giving further details, Fitch said when the payments of commercial nature are recurrent amid the need to procure the service of an asset otherwise purchasable/funded via borrowing (i.e. hospital, energy, motorway, public transport infrastructure), Fitch tests the rateability of the commitment and cautions that the IGR of the grantor, Lagos State in this case, does not address the default risk on commercial, or quasi-debt arrangements.

The agency added that since the commitment underlying the MWMCL bond may meet the rateability tests under its PPP counterparty obligation criteria as Lagos lacks the control of the asset, and that it is the grantee (Visionscape) that appears to have the option to put to the state the waste recycling trucks in case of contract termination, rather than the state having the control that will enable it to operate them at the end of the PPP arrangement if it so chooses, then the State Government could not be held liable.

“Lagos reportedly committed itself to pay for a service but those payments were discontinued in 2018 once the waste collection halted and the State’s House of Assembly issued a subsequent resolution.

“Under Fitch’s criteria, Lagos’ ratings are not impacted because the defaulted debt is not Lagos’ direct debt, as well as because its multi-annual commitment towards Visionscape is unlikely to qualify as a PPP counterpart obligation. This would make the credit quality of the bond and its issuer detached from that of Lagos,” Fitch said in the statement.