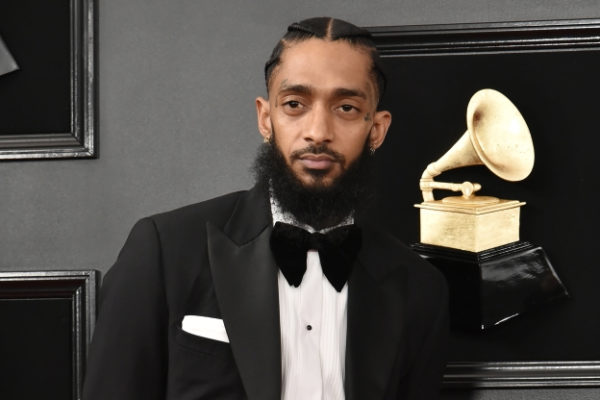 The public memorial service for late Slain rapper, Nipsey Hussle will be held at Staples Centre on Thursday.

His family reportedly chose the 21,000 seat venue to accommodate a massive crowd that will be attending.

The Los Angeles rapper, whose real name was Ermias Davidson Asghedom was one of three men shot outside his clothing store in the Hyde Park neighborhood of LA.

He was pronounced dead at the hospital, while the other two men are in stable condition.

A 29- year- old suspect, Eric Holder, who allegedly carried out the fatal shooting on Hussle has been arrested.

Holder is currently being held in solitary confinement, where he would be all alone and would not be allowed to mingle with the general population because they believed he is a target.

READ ALSO: Saudi says May will be key to decide on extending supply cut deal

NAN reports that Nipsey was outspoken about his experience with street violence and described growing up in gang culture in his Crenshaw neighbourhood of south Los Angeles as “living in a war zone.”

Those struggles informed his music but also his philanthropy, particularly in Crenshaw where he is revered as a hero and pillar of the community.

In 2018, Nipsey launched his ‘Too Big to Fail”initiative in collaboration with Vector 90, a STEM centre and co-working space for youth in the Crenshaw district that serves as a bridge between the inner cities and Silicon Valley.

He opened the centre a day before the release of his Grammy-nominated 16-song debut album, Victory Lap.

The hip hop star envisioned expanding the Vector 90 project beyond LA to other cities across the U.S., including Baltimore, Washington D.C. and Atlanta, where kids from inner cities could explore alternative paths to success. (NAN)

ABOVE WHISPERS: The dog trainers, by Bisi Adeleye-Fayemi