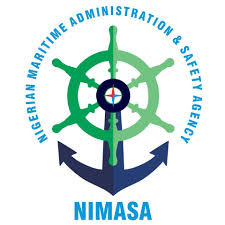 Peterside made the called during the “Maritime Sector Sensitisation Seminar on the Menace of Drug Misused at the Port” on Friday in Warri.

Peterside, who was represented by the Coordinator, Warri Zonal Office of NIMASA, Mr Femowei Abel, called on maritime workers to support the Presidential Advisory Committee on Elimination of Drug Abuse.

He said that the establishment of the presidential advisory committee was aimed at eliminating drug misused in the society.

Peterside said that some illicit drugs came into the country through the various ports hence the need to educate the staff on the dangers inherent in drug abuse.

The NIMASA boss said that the sensitisation was targeted at improving awareness, promoting, preventive and mitigating actions to stop drug misused particularly amongst seafarers and dockworkers.

He said that the advisory committee had met with stakeholders in the maritime sector to intimate them on the important roles of the sector in stemming the diverse consequences of drug abuse.

“The Management of NIMASA decided that the agency will take very far-reaching and concrete step to strengthen the presidential initiative.

“NIMASA, being the leading safety administrator in the maritime sector, considers substance misused a serious occupational health concern because of its impact on wellbeing and work.

“A campaign of awareness on the dangers of drug misused is an imperative for a sector that can be a corridor for the influx of huge amount of such drugs,” he said.

The DG said that the awareness on drug misused would also be extended to other Nigerians to completely eliminate the scourge from the society.

Earlier, Mrs Folasade Falana, a resource person from the National Drug Law Enforcement Agency (NDLEA), advised parents to be mindful of the kind of lifestyle they lived in presence of their children and wards.

Falana identified lack of parental care and broken homes as some of the major causes of drug abuse among the youth.

“Drug abuse occurs when a drug is constantly misused in spite of its negative consequences such as social, legal and health problems.

“To eliminate drug abuse, we must know the causes of the problem,” she said.

Falana who identified social, psychological and physical problems as the consequences of drug abuse, said some people took to drugs to enhance performance and by so doing caused damage to their vital organs.

In his remark, Abel, Warri Zonal Coordinator of NIMASA, described the programme as laudable.

“Drug abuse is becoming too rampant in the society that government has decided in its own wisdom to organise this programme in synergy with NIMASA.

“We have learnt a lot of things in this programme, ” he said.

The News Agency of Nigeria (NAN) report that different drugs such as tramadol, cannabis, heroin and cocaine, among others, were shown to the participants. (NAN)