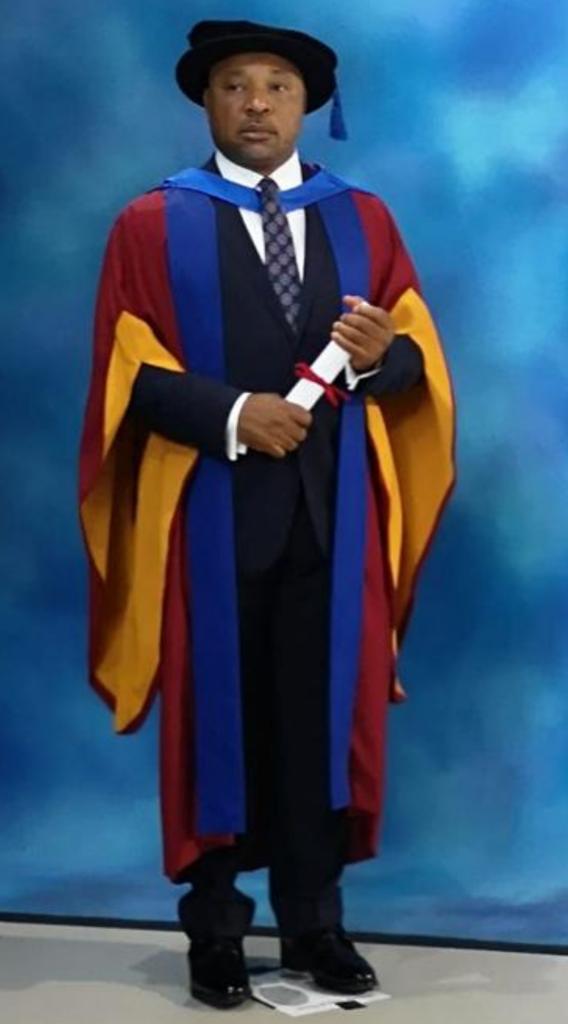 Nigeria’s Victor Alewo Adoji has been conferred with a Honourary Doctorate Degree by the The American Heritage University of Southern California, United States of America.

He was among six prominent personalities to be so hnoured by the ivory tower having distinguished themselves from the field of Business, Education, Politics and Entrepreneurship.

The others were, Hon. MacDonald Wento from Liberia, Dr. Ignance Niyigaba from Rwanda and Engineer Hamman from Ghana.

Naira redesign: No extended deadline for old notes after Jan. 31 –…

Others were Lord Ambassador Michael Kelvin Ejeagah from South Africa and His Excellency, Augustine Waeh from Liberia.

The American Heritage University of Southern California is the first African funded and owned University in California, founded in 2004.

The University is one of the respected Universities in the world, with its Law School producing many Attorneys who are currently practicing Law across the United States.

One of its products include Rhonda Baldwin-Kennedy who is running for Congress.

For Dr. Victor Alewo Adoji, an international reputable scholar who is the Kogi East PDP Senatorial Candidate, and overwhelmingly adjudged to win the general election in 2023.