Nigeria’s economy will not fall into recession – Rewane 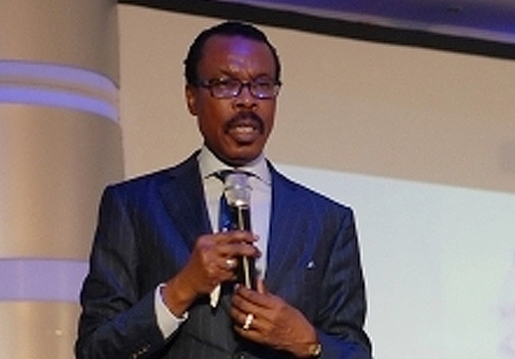 Mr Bismarck Rewane, Managing Director, Financial Derivatives, has allayed the fear that Nigeria’s economy will fall back into recession, saying the momentum is on growth trajectory.

Rewane gave the assurance at the U.S.A. Fair 2019 on Tuesday in Lagos.

The economist made the observation while speaking on “Forecast and Recommendations for the Nigerian Economy in Buhari’s Second Term.”

According to him, Nigeria’s GDP at $482 billion, growth rate at two per cent, and population at 190 million are indicators of an economy on a path of growth.

He noted that the real estate sector, which had suffered consecutive decline in previous quarters, grew in the GDP report of Q1, 19; indicating that the economy would continue to expand.

According to him, the drivers of superior economic performance for the economy are good leadership, effective policy framework and strong institutions.

The economist said to deepen economic growth, it was imperative to implement a power sector reform, which should include the conversion of the N1 trillion power sector debts into equity, and adopt a cost-reflective tariff.

Others are: to invest in new pipelines; stop financial waivers and exemptions; list NNPC on the stock market; reduce petrol subsidy in 2019 and scrap in 2020, and change the foreign exchange market structure.

He noted that the economy had fiscal challenges of growth, revenue, debt and policy inconsistency that had hampered development.

Rewane said that using monetary policy to solve fiscal problems would be ineffective, adding that between 2019 and 2023, there would be strong fiscal presence backed by complementary monetary measures to drive growth.

He was optimistic of continued economic growth, saying that major catalyst would be the review of petroleum pricing mechanism and foreign exchange rate.

The economist advised the Federal Government to address structural problems that were inhibiting growth; invest more in railway transportation; improve on power infrastructure and create an environment that will reduce cost of production.

She noted that the government was being proactive in resolving economic challenges, and was taking steps in identifying and exploring the comparative advantages of various states.

Sadiku noted that the U.S. was a strategic and important business partner to Nigeria, adding that efforts would be made to sustain and strengthen mutual economic growth for both countries.

Mr Lazarus Angbazo, President of American Business Council (ABC), said that the footprint of U.S. companies in Nigeria was deep and having impact.

According to him, Nigeria is U.S.’ largest trading partner in Africa, and despite Nigeria’s socioeconomic challenges, its viability as an investment destination has not diminished.

The News Agency of Nigeria (NAN) reports that the U.S.A. Fair 2019 is an initiative of the U.S. Government, to celebrate mutual ideals and deepen economic growth through increased trade and investment between Nigeria and the U.S.

NAN reports that 34 U.S. companies are exhibiting at the fair, which closes on May 23, at Eko Hotel, Victoria Island. (NAN)