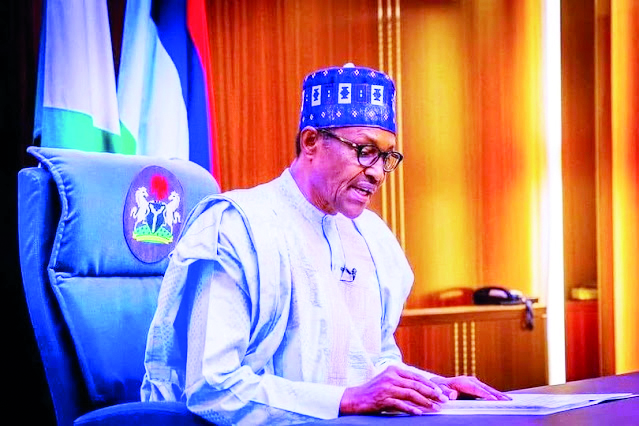 The Nigerian economy is still in the woods with over 35 million citizens below the poverty line, while the local currency, the Naira has fallen to a four-year low of N502 to one United States dollar even as headline inflation is still high at 17.93 per cent for the month of May.

There is fear that things may still get worse if nothing serious is done to reverse the downward trend.

This fear was heightened by shocking statistics released last week by the World Bank and the National Bureau of Statistics, NBS.

According to the World Bank in its development Report released last week, rising inflation pushed an estimated seven million Nigerians below the poverty line in 2020. Add this to the 28 million already feeding on less than one United States dollar per day, the figure of poor Nigerians will hit the 35 million mark. The World Bank report is at variance with the declaration of President Muhammad Buhari in an interview last week with Arise Television that his economic policies have pulled out about 10 million Nigerians out of poverty.

The report titled “Resilience through Reforms” however, noted that the Nigerian economy experienced a shallower contraction of 1.8% than the projected contraction of 3.2% at the beginning of the pandemic. Food prices accounted for over 60% of the total increase in inflation, said the report.

According to the World Bank Country Director for Nigeria, Shubham Chaudhuri, “Nigeria faces interlinked challenges in relation to inflation, limited job opportunities, and insecurity. While the government has made efforts to reduce the effect of these by advancing long-delayed policy reforms, it is clear that these reforms will have to be sustained and deepened for Nigeria to realize its development potential.”

Also, Marco Hernandez, the World Bank Lead Economist for Nigeria added that “Given the urgency to reduce inflation amidst the pandemic, a policy consensus and expedited reform implementation on exchange-rate management, monetary policy, trade policy, fiscal policy, and social protection would help save lives, protect livelihoods, and ensure a faster and sustained recovery.”

The report, however, acknowledged notable policy reforms by the government aimed at mitigating the impact of the crisis and supporting the recovery; including steps taken towards reducing gasoline subsidies and adjusting electricity tariffs towards more cost-reflective levels, both aimed at expanding the fiscal space for pro-poor spending.

In addition, the report highlighted that both the Federal and State governments cut nonessential spending and redirected resources towards the COVID-19 response. At the same time, public-sector transparency has improved, in particular around the operations of the oil and gas sector.

The report proposed three priority objectives that would help to reduce inflation and boost economic recovery to include implementing policies that support macroeconomic stability, inclusive growth, and job creation; protect poor households from the impacts of inflation and facilitate access to financing for small and medium enterprises in key sectors to mitigate the effects of inflation and accelerate recovery.

In its report released last week, the National Bureau of Statistics (NBS) said that headline inflation for the month of May 2021 settled at 17.93%, this was 0.19% lower than the 18.12% of the previous month of April.

The new headline inflation figure took analysts by surprise as most economists had expected the number to reverse the decline between March and April 2021 based on concerns over slow domestic supply chain recoveries and persistent security concerns in the country’s farm belts of Plateau, Benue and Taraba states.

The troubles of the food production belt has seen a steady month-on-month increase in the cost of food and a reduction in consumers’ real disposable incomes. May 2021 data, however, suggest that food pains are gradually abating.

The highest increase in the food index was recorded in bread and cereals, fish, fruits, vegetables, poultry products, meat, and beverages.

The year-on-year (Y-o-Y) analysis of the prices of all items apart from farm produce reveals that prices rose by 13.15% in May 2021 which corresponds to a 0.41% increase when compared to April 2021.

However, month on month the core inflation index increased by 1.24 percent in May as against a 0.99% increase recorded in April 2021.

The average annual rate of change of the core inflation index for the month of May was 11.5% which is 0.25% higher than the index for April.

Relying on the May 2021 inflation rate data, households should heave a sigh of relief as purchasing power (how much a naira note can buy in local markets) would have defied analysts projections for the month, but with supply chains still fragile and insecurity across geopolitical zones worsening, the recent inflation rate numbers are flaky.

The inability to reestablish food supply chains and other supply networks indicates that the reprieve from rising food inflation is only temporary and that even core inflation may see an upward reversal as other items in the CPI basket rise on the back of rising international oil prices (recent Brent oil price rose to US$73 per barrel) and a likely upward adjustment in the domestic cost of white oils such as petrol (PMS), diesel (AGO) and kerosene (DPK) between June and August 2021.

Analysts believe that the Central Bank of Nigeria (CBN) will wait to see June inflation figures before considering a policy reset to tighten money supply to reduce inflation rate. The attempt at reeling in inflation by Q3 2021 could lead to a rise in money market rates and a fall in fixed income asset prices.

If Inflation rises in June 2021 fixed income investors may decide to go short as bond prices tumble. Money market rates may rise in H2 2021 if CBN’s money supply causes rates to go up and hurts manufacturing sectors finance costs meaning that highly geared companies could see share prices taking a dip. If inflation rate, however, falls again in June the CBN may decide to hold policy rates constant as the scenario would indicate a situation where inflation heads towards the International Monetary Fund’s (IMF’s) projection of 16% per annum for 2021.

However, Nigeria’s currency weakened to a four-year low in the parallel market after the central bank’s efforts to coax banks to sell more dollars to customers failed to bridge the widening gap between the official and street rates.

Unauthorized dealers were offering the naira at 502 per dollar on Wednesday from 500 last week according to abokifx.com, a website that collates the data. That’s the weakest since February 2017. The rate widens the spread between the official and the parallel market rate to 22 per cent, when compared with the spot rate of 411.13 naira a dollar as of 1.55 p.m. in Lagos on Wednesday.

Nigeria, Africa’s biggest economy, has devalued its currency thrice since March last year as lower oil income, which accounts for about 90% of dollar earnings put pressure on external reserves. Some people are switching their naira savings into dollars fearing further devaluation. Goldman Sachs Group Inc. forecasts the naira could weaken to between 440 to 460 a dollar in the short term.

Central Bank of Nigeria Governor, Godwin Emefiele met with chief executives of commercial banks last week. The lenders agreed to increase dollar supply and operate special accounts to meet the requirements of business and travelers, according to Osita Nwanisobi, spokesman for the central bank.

The central bank aims to use lenders to make more foreign currency available to buyers, at around the official rate of between 410 naira to 412 naira to the dollar to reduce pressure on the streets where rates are crashing from excess demand.

The widening gap between the official and parallel rates creates arbitrage opportunities, which the central bank says it’s monitoring closely. The central bank wants customers to report any breach to the regulator, Nwanisobi said.

“The CBN shall continue to monitor market developments and is committed to ensuring an efficient foreign exchange market for all legitimate users,” Nwanisobi said.

Indications that the country’s economy is heading to the rocks emerged last month when Edo State governor, Godwin Obaseki revealed that the country printed between N50 billion to N60 billion to augment the monthly take home revenue of the 36 states and the Federal capital Territory, Abuja, to enable them meet up with salary payments and incendiary expenses. This revelation angered the federal government and its agents who came out to debunk the story. This was even as many private establishments are finding it difficult to pay salaries since last year at the outbreak of the corona virus pandemic worldwide. Many private businesses have equally failed to reopen while others have closed shop outright.

The weak economy can be felt on all fronts. Last week, the National Bureau of Statistics (NBS) came out with a frightening high figure of 18.17 per cent inflation rate for the month of March from 17.33 per cent in February 2021, explaining that higher food prices coupled with high cost of refined petroleum products are some of the reasons that March 2021 inflation figure hit that much high, the highest in five years.

Nigeria’s average GDP growth has slowed to 1.7 per cent compared with the 4.8per cent recorded pre-recession before 2016. In 2017, the GDP growth was 0.8 per cent, while in 2018, it was 1.8 per cent. In 2019 and 2020, the GDP growth was 2.21 per cent and 1.92 per cent respectively, indicating a porous economy for a country that the population growth is exceeding 8.2 per cent annually. Cumulatively, the economy has grown less than o.5 per cent in the six years that the present government has been on the saddle.

Equally unemployment has hit 23 million idle Nigerians while about 36 people are underemployed. About 80 million Nigerians live below the poverty line.