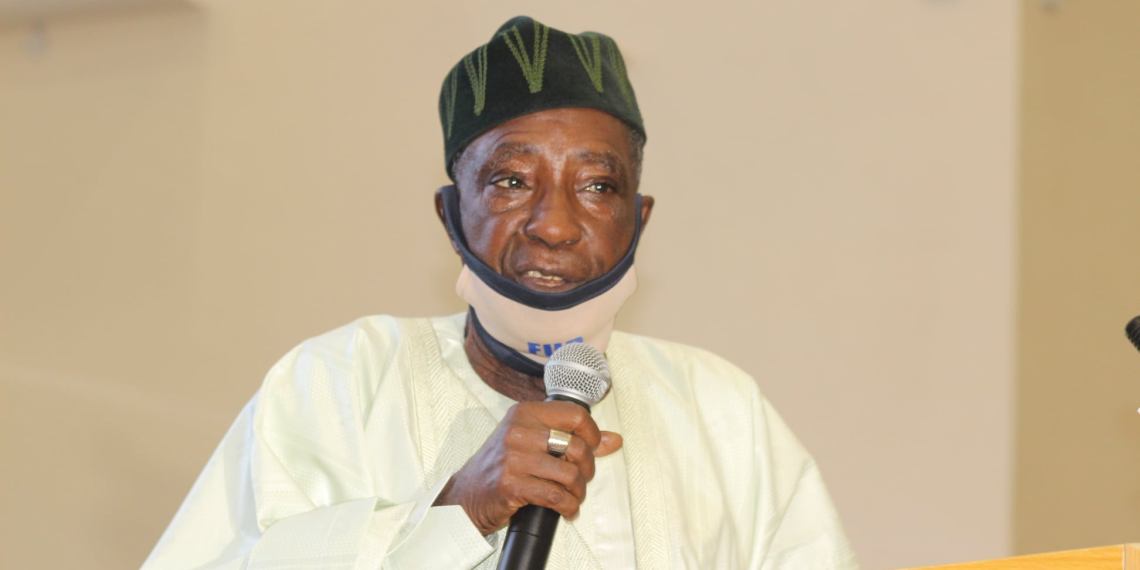 The Federal Ministry of Agriculture and Rural Development has approved N30 million for the construction of a mosque.

A leaked memo dated December 10, 2020, with Ref. No. FMA/PROC/AHS/SIP/2020/7742/1, signed by Musa Musa, the deputy director of procurement in ministry on behalf of the minister, showed the ministry was awarded to El-Shukhur Multi-Buz Nig. Ltd.

The ministry said the contract had been approved by the Ministerial Tenders Board.

The letter reads in part: “I am directed to inform you that the Ministerial Tenders Board at its 7th meeting held on 7th December 2020 approved the award of contract for the construction of Friday Mosque to your company at the total contract sum of N30, 000, 000.00 (Thirty Million Naira only), inclusive of VAT, with a completion period of eight weeks with effect from the date of this letter.

“You are, therefore, required to indicate in writing within three days of receipt of this offer, your acceptance to the office of the Director Procurement, FMARD, Abuja, or otherwise, the offer will be considered lapsed.

“Please note that the contract is not transferable and the cost is fixed, firm and request for price variation will not be entertainment.

“It is expected that the contract will be executed in strict compliance with the BOQ/specifications and in line with relevant clauses in the bidding document and contract agreement,” it said.

Amid public outrage, Thursday, Theodore Ogaziechi, the director of information for the ministry said in a statement that the ministry decided to build the worship centre for livestock farmers displayed by Boko Haram insurgents in Borno State.

“Our attention has been drawn to an online publication by the Punch Newspaper alleging that the Federal Ministry of Agriculture and Rural Development has come under fire on social media following a leaked memo conveying the approval of N30m for the construction of a Friday mosque with taxpayers’ funds.

“In addition, a government official memo, dated December 10, 2020, with ref. No. FMA/PROC/AHS/SIP/2020/7742/1 stating that the Ministerial Tenders Board approved the contract, was displayed on the platform.

“To put the facts straight, the memo is authentic and appropriate in all ramifications,” Mr Ogaziechi said in the statement.

The statement claimed the construction of a worship centre was for a community of livestock farmers who were sacked and displaced in Borno State by Boko Haram insurgents and who were being resettled in Ngarannam/Mafa local government, Borno State.

“Apart from the mosque, other common facilities provided for the livestock farmers in the community include Solar Powered Boreholes with Overhead Tanks and Drinking Troughs for their cattle and small ruminants, Water Harvesting Structures, Milk Collection Center, Resettlement Abode, as well as other infrastructure to properly settle and rehabilitate the displaced livestock farmers.

“The construction of the mosque was a Special Request from the community through the Borno State Government to avoid moving too far from the settlement areas for prayers and also to ensure their safety and contact with the insurgents,” he said.

The statement said the memo is an official document available for public scrutiny and review, and that it was not leaked.

He said the Ministry was in no way perturbed about the matter because it received appropriate approval, carried out a due needs assessment and ensured due process in the execution of the project.

“It is advised that in future, due diligence and restraint should be observed by our media friends before publications of this nature, meant for public good and security, are issued to avoid raising a false alarm and creating unnecessary rancour in the public space which may lead to overheating of the polity,” it said.

Nigerians reacted angrily to the decision of a ministry that has not done much in developing the agricultural sector rather redirecting public funds to the construction of a religious facility.

“Despite all the challenges facing food security, building a mosque is the Federal Ministry of Agriculture’s priority! To pray for Rain or what? How did we get here for Heaven sake. What has Government got to do with churches or mosque?” tweeted a former Kogi senator, Dino Melaye.

ISWAP won’t get $7m bounty placed on Shekau, says US

JUST IN: FG sets up Female Squad to tackle bandits