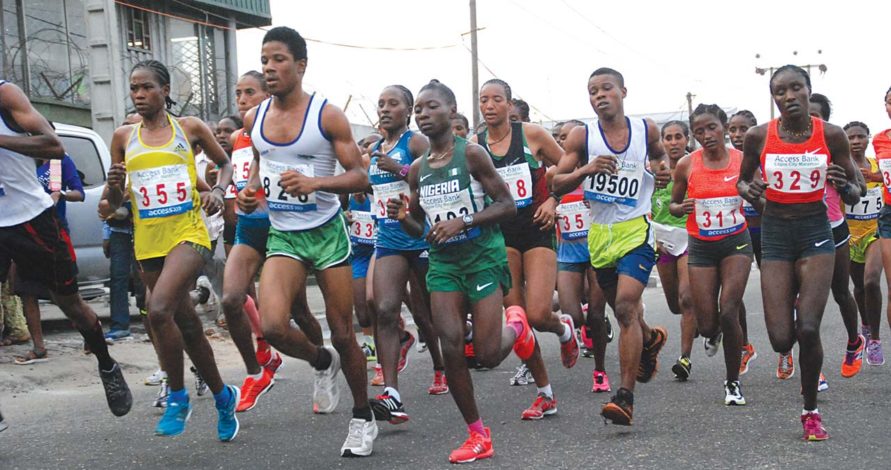 National coach for distance races in Nigeria, Stephen Nuhu said, on Friday, that the country’s distance runners were improving and worthy of representing the nation at continental and international competitions.

Nuhu told the News Agency of Nigeria (NAN) in Lagos that their performance at the 2019 Access Bank Lagos City Marathon was commendable.

“It is a very good one. In the female category, Deborah Pam came in sixth overall; for me, it is a great achievement,” the national coach said.

He said it was a signal that Nigerian athletes have great opportunity to improve; for them to have emerged before some of the top East Africans runners who participated in the race.

“For a lot of Nigerian athletes to have surpassed the Kenyans, Ethiopians is a signal that we have great opportunity to improve. If we are camped at least for six months, we will get there,” the coach said.

Nuhu, however, appealed to sponsors and philanthropists to support distance runners, saying that they would not regret such assistance.

“I am soliciting for support from corporate organisations and philanthropists. We need just N1 million and they would see what happens within six months, because we will camp them and monitor what they eat.

“We need to produce athletes that will climb the podium at African Games and 2020 Olympics.

“A lot of people believe that Kenyans and Ethiopians are better than Nigerian athletes; I do not believe this.

“We train once in a day, while they train three times in a day, seven days in a week,” he said. (NAN)