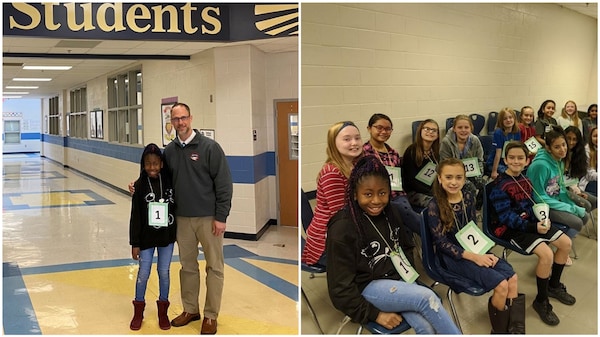 Another Nigerian kid has made the nation proud again as she got a great win on the international scene.

According to the information on Sawnee’s website, the school was first created in 1968 as a result of the amalgamation of Matt, Ducktown and Friendship schools.

Though the school suffered a bit setback when its original building was demolished in 2001, it came up strong in 2002 with a new building.

Meanwhile, it was earlier` reported that a 12-year-old Nigerian Chika Ofili really made the nation proud as he did what many his age could not achieve.

He had won an award at the TruLittle Hero award over the weekend for discovering a new way to divide in mathematics.

The TruLittle Hero Awards is a yearly event that gives recognition and celebrates marvelling achievements of children and young people who are still under the age of 17 in the United Kingdom.

It was at the 2019 edition of the award, that the young Nigerian was recognised for discovering the new formula.

Mary Ellis, his mathematics teacher, who also doubles as the Head of the Mathematics Department at the Westminster Under School, said Chika discovered the new formula during his holiday assignment.

It was reported that she gave the young Nigerian boy a book, which contained several divisibility tests used to quickly work out if a figure is exactly divisible by the numbers 2 to 9, which lacked memorable test for checking divisibility by 7.