Nigerian celebrities stun as ‘GoT’ characters for IK Osakioduwa’s birthday 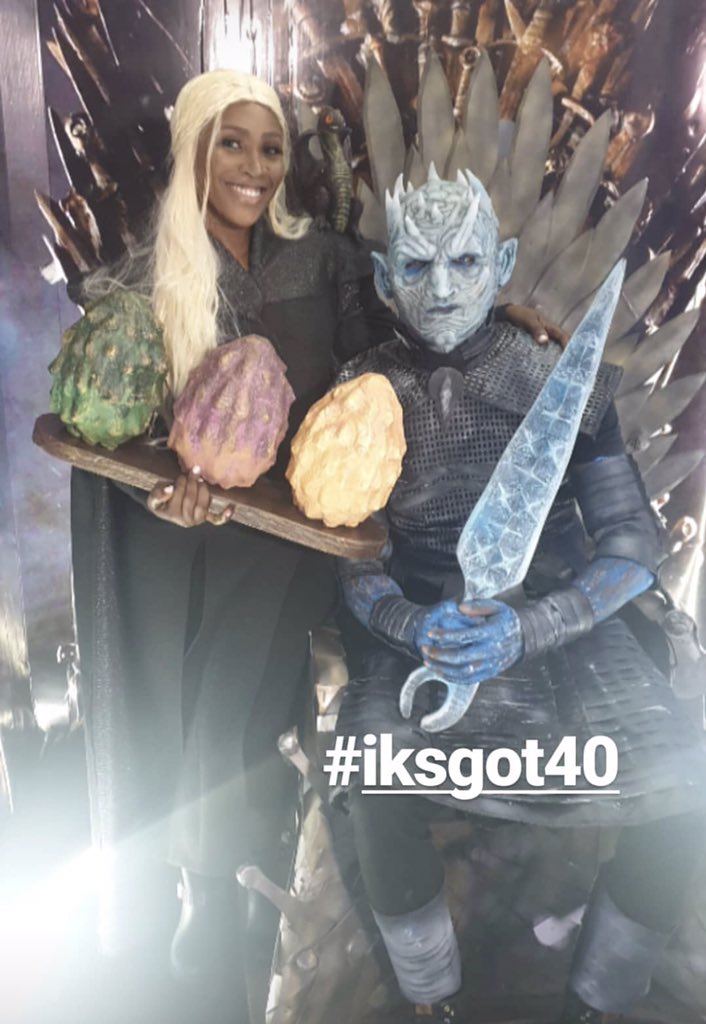 Banky W, Ebuka Obi-Uchendu, Adesua Etomi-Wellington and Toke Makinwa were among celebrities who turned heads in ‘Game of Thrones’ character costumes on Sunday.

News Agency of Nigeria (NAN) reports that the celebrities were dressed as their favorite characters from the just-concluded HBO show at the 40th birthday of media personality, Ikpomwomsa (IK) Osakioduwa.

Ebuka, known for his epic fashion moments, showed up as Job Snow while Toke Makinwa embodied Sansa Stark. Both were termed ‘best dressed male and female’ by fans.

Other celebrities who attended include Waje as the Red Woman, Timi Dakolo and his wife, Busola, Falz is Lord Baelish, Dr Sid as Oberyn Martell and Basketmouth as Jon Snow.

Bovi and his wife as Night King and the Red Woman (Source: IG)