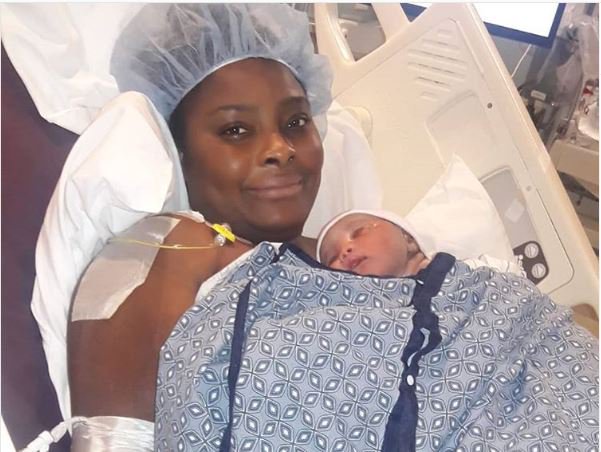 The 46-year-old movie star took to her Instagram page, on Monday, to break the good news of her newborn. She also expressed gratitude to her creator for the new experience.

Odusanya shared a picture of herself on a hospital bed with the newborn strapped to her chest but neither disclosed the child’s sex nor its father.

“My joy knows no limit. It’s boundless. Appreciation to God for the process and seeing me through it all. Birthing a new being is a whole new level and experience for me. We welcome our child. Oluwa modupe,” she wrote.

The talented movie producer began her professional acting career at 16. She was named ‘Flakky Idi Dowo’ after her role in Fathia Balogun’s movie as ‘Folake’ in 2006

The good news comes less than a week after Toyin Abraham, another actress in the Nigerian film industry, welcomed a baby boy.

On August 12, TheCable Lifestyle reported how Aliko Dangote, Africa’s richest man, departed the country for the United States, where Fatima, his daughter, put to bed.