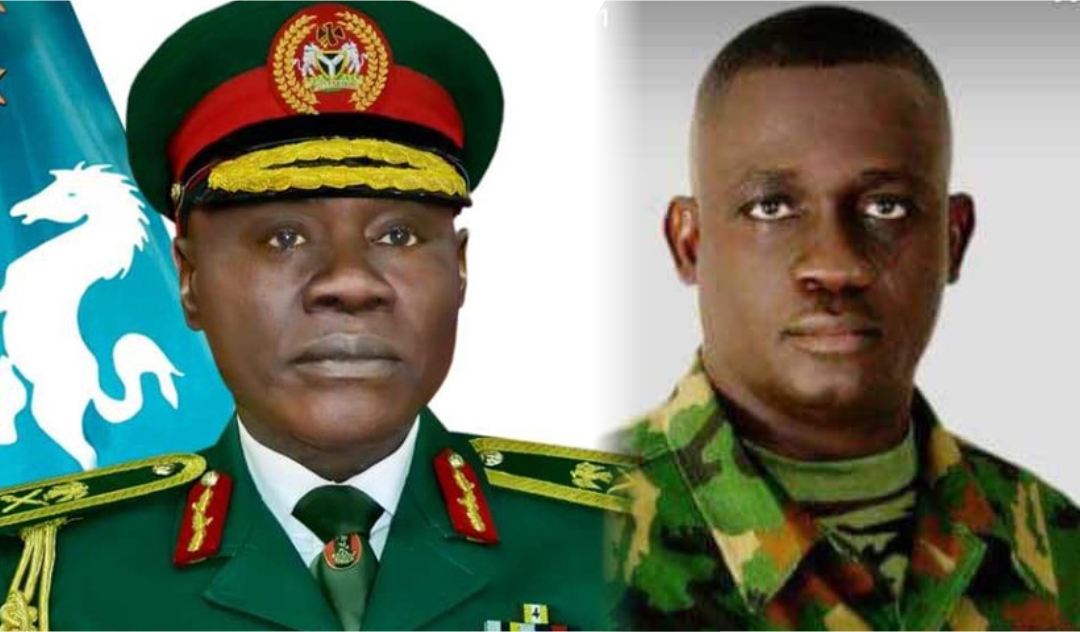 Oluwaseun, the widow of Ibrahim Sakaba, a lieutenant-colonel, has accused the Nigerian Army of killing her husband because he “refused to be part of their plots” to loot funds meant to prosecute the Boko Haram war.

Her disclosure followed the army’s statement that 1,081 Boko Haram terrorists purportedly surrendered in Bama on Monday.

Photos shared on the army’s social media page saw the surrendered terrorists display several placards with inscriptions such as “Nigerians, please forgive us,” “surrender and live,” “surrender and be free,” among others.

While sharing the photos of the surrendered insurgents on her Instagram page, Ms Sakaba alleged that the army was responsible for the death of her husband, said to have died during a Boko Haram attack on a battalion in Borno.

Lambasting the army’s statement, Ms Sakaba said, “You are complete assh*les to even have the intermediary to post this on your page! Like you kidding me … all the pains families and loved ones have suffered we (sic) be on your head… you nitwits… all the blood of soldiers we ask you all.”

When reached for further clarifications on her claims, Mr Sakaba’s widow told Peoples Gazette that she would not be “spilling” more details at the moment.

Also, the spokesperson for the army, Onyema Nwachukwu, did not immediately return The Gazette’s request seeking comments on the allegation.

Mr Sakaba died alongside 117 other soldiers in November 2018, after Boko Haram insurgents attacked a Nigerian Army battalion in Borno State.

After the demise of the colonel and other soldiers, the army did not immediately make a formal announcement of their death.

On November 24, 2018, his wife took to her Instagram page to write, “been Sunday I have not heard anything about my husband if he’s dead or alive. I am giving u people Monday to get back to me or face me.”

A top military officer who was familiar with the late colonel had at that time told Premium Times that Mr Sakaba “had sometimes ago refused to advance for an operation due to unserviceable and lack of equipment but was threatened with court martial.”