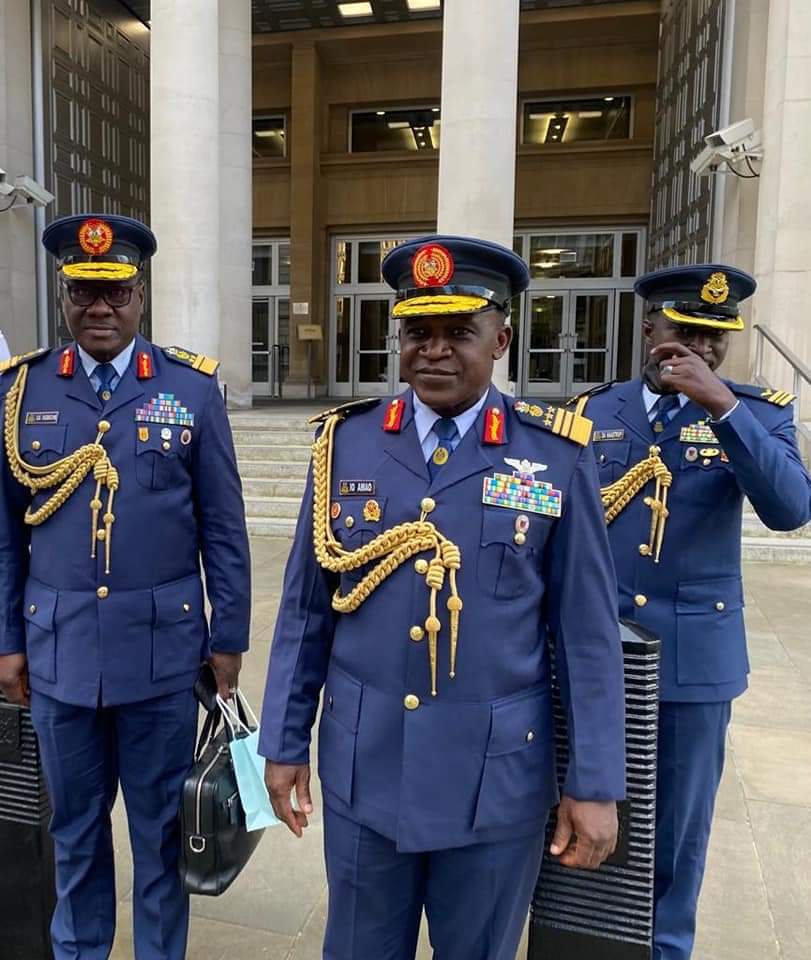 The Chief of the Air Staff (CAS), Air Marshal Oladayo Amao, has said that the Nigerian Air Force (NAF) was set to align with the Initiative for Global Air Forces.

This he said would enhance Nigeria’s collaboration on climate change.

Air Marshal said this when he visited the Chief of Air Staff of the Royal Air Force (RAF), Air Chief Marshal (Sir) Mike Wigston, in London.

According to Marshal Amao, the need for the Nigerian Air Force to device means of conserving energy and take preemptive measures and steps towards safeguarding military hardware and equipment against the effect of climate change is imperative. As a way forward, Marshal Amao said that the Nigerian Air Force would soon commence the implementation of projects to power NAF Bases nationwide, while, at the same time, also undertake Research and Development on synthetic fuels and electric support equipment.

Air Marshal Amao also canvassed for partnership with the Royal Air Force in the areas of curriculum development as well as the establishment of NAF Air and Space Power Warfare Centre and the Centre for Air Power Studies.

He solicited for additional capacity-building opportunities in aviation medicine, combat search and rescue as well as rescue and regiment training for NAF personnel and many others.

In his response, Air Chief Marshal Wigston congratulated Air Marshal Amao on his appointment and commended him for the renewed synergy and vigour exhibited by the Nigerian Air Force in its counter-terrorism and counter-insurgency efforts.