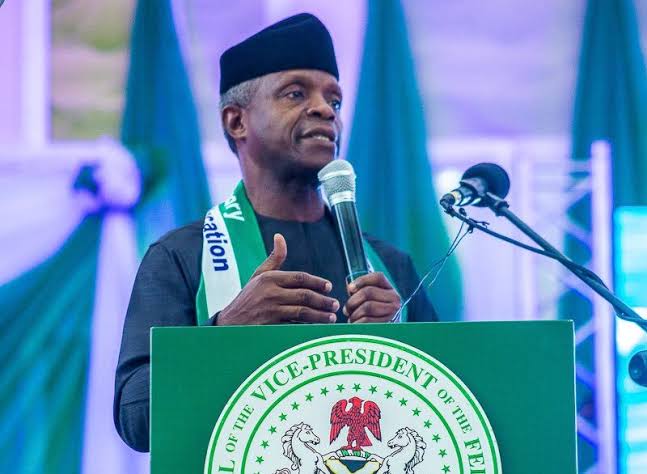 Vice President Yemi Osinbajo believes that Nigeria, in spite of the multifarious challenges confronting it at the moment, would remain one indivisible nation.

Osinbajo said even with the security, economic, religious and ethnicity challenges, the collective vision of a united, peaceful and prosperous Nigeria abides.

The Vice President spoke, on Sunday, at the 61st Independence Anniversary Service and the 45th-anniversary service of the Christian Association of Nigeria (CAN) at the National Ecumenical Centre, in Abuja.

In attendance were Secretary to the Government of the Federation, Mr. Boss Mustapha, members of the National Assembly, Judiciary, and the Federal Executive Council (FEC).

General Overseer of the Redeemed Christian Church of God (RCCG), Pastor Enoch Adeboye; CAN President, Rev. Supo Ayokunle, among others was also present.

Osinbajo said Nigeria was now the most educated and most entrepreneurial nation in Africa.

He maintained that 10 of 36 states have larger economies than at least 15 African countries.

In his words, “We have the most accomplished men and women, in the arts, the sciences, in sports, in technology and commerce.

“Our current trials cannot draw the curtains on our story because the vision is for an appointed time.