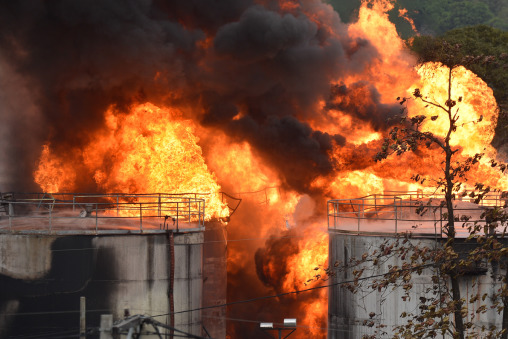 Oil and gas firms operating in the country flared 265.18 billion standard cubic feet, bcf, of gas between January and September 2020. This, however, represented a decline of 23.6 per cent compared to 347.15 bc of gas flared in the corresponding period of 2019.

According to the data obtained from the National Oil Spill Detection and Response Agency, NOSDRA, the 265.18 bcf of gas flared in the nine-month period of 2020, translated to a loss of $928.3 million, an equivalent of N343.47 billion.

Oil producing firms responsible for the flaring are expected to pay penalties amounting $530.5 million (an equivalent of N196.29 billion) for breaching the gas flaring laws in the nine-month period.

The volume of gas flared in the nine-month period is also an equivalent of 14.1 million tonnes of carbon dioxide emission and has a power generation potential of 26,500 gigawatts per hour.

The gas flared by the firms operating onshore attracted penalties of $309.5 million, about N114.52 billion; while it is an equivalent of 8.2 million tonnes of carbon dioxide emission; and is capable of generating 15,500 gigawatts per hour of electricity.

The volume of gas flared offshore, attracted penalties of $220.9 million, about N81.73 billion; represented an equivalent of 5.9 million tonnes of carbon dioxide emission; and electricity generation potential of 11,000 gigawatts per hour.

Why EFCC is grilling Fowler

Why we stopped airports concessioning – Rep