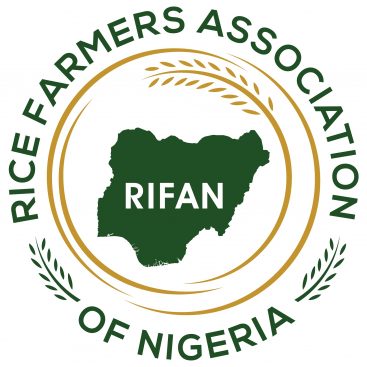 Alhaji Aminu Goronyo, President of the association who disclosed this in an interview with News Agency of Nigeria (NAN) in Abuja said that this was contrary to the speculation that Nigeria is currently producing a little above 4 million metric tonnes.

“It has been established by relevant agencies that Nigeria is the largest producer of rice in Africa as the population of rice farmers in the country has also risen.

“With the ever increasing population and the total ban on rice importation RIFAN is targeting 18 million tonnes by 2023,’’ he said.

Goronyo said the feat was achieved with the disbursement of N40 billion by the Central Bank of Nigeria (CBN) under the Anchor Borrowers Programme (CBN/APB) to over 12.2 million rice farmers.

`In 2018/2019 Wet-season RIFAN/CBN/BOA, Anchor Borrowers’ Programme (ABP) Farming Model in Kebbi and Adamawa states has 26,000 rice farmers, out of the 10 million farmers from 32 states targeted for the project benefited from the pilot project, under the first phase of the programme, 6,800 hectares of land were cultivated at the cost of N203,000 per hectare.

“It is a cashless project that provides farmers the needed farm inputs, which comprise improved seedlings, water pumps, chemicals and other services like land preparations also under the project, mechanised services was also be made available to farmers,’’ he said.

He said that all the participating states under the CBN/ABP had converted their Pilot Programmes into massive production resulting in high cultivation.

The RIFAN President added that under the ABP, over 33.6 million Nigerians were gainfully employed and due to the support of the template by CBN, additional 5 million applications had been received to be members of RIFAN.

Goronyo said with the total ban on rice importation by the government and collaboration with the signing of MOU between RIFAN and Nigeria Customs Service to tackle the rice and paddy rice smugglers across the borders, more feat would be achieved.

He added that the association was collaborating with the Federal Government towards reducing the cost of production aimed at crashing the price of milled rice in the market.

The RIFAN President commended the efforts of other companies and agency working towards ensuring self-sufficiency of rice in the country.

He observed that Olam Nigeria Limited had also set up a multi-million dollar integrated rice mill in Nasarawa State, with the capacity of producing 36,000 metric tonnes of rice per annum.

He added that in an effort to make Nigeria rice hob for Africa, Nigerian Incentive-Based Risk Sharing System for Agricultural Lending (NIRSAL Plc) had also distributed over N2.9 billion across 13,900 hectares of rice farms comprising 40 projects in Nigeria.

“NIRSAL has also facilitated the flow of over N4.2 billion into the rice value chain through commercial lending.

He said large-scale commercial rice producers were already expanding their production of rice locally with the establishment of 14 large-scale integrated rice mills by the private sector.

The President disclosed that RIFAN had also signed a Memorandum of Understanding (MOU) with the National Seed Council of Nigeria, to censure all seed suppliers to ensure they supplied drought resistant seed.

Goronyo said with the measures already put in place, Nigeria would soon be free from rice importation. (NAN)

Obasanjo seeking to divide Nigeria in the twilight of his life, says Lai Moh’d