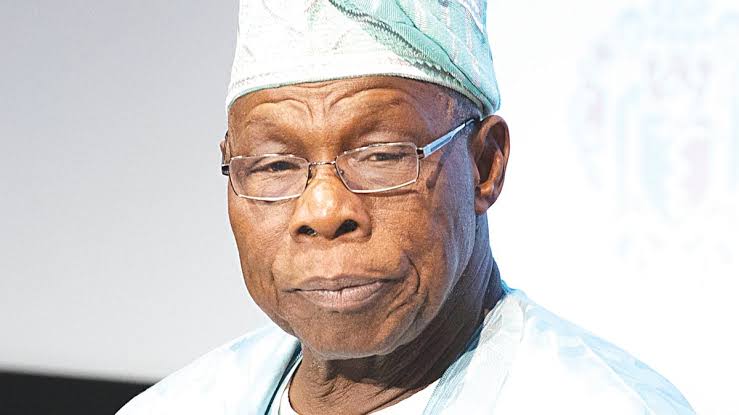 Former President Olusegun Obasanjo says Nigeria is slowly becoming a failed state and a basket case that urgently needs to be pulled from the brink of collapse.

He said this in Abuja on Thursday while delivering a speech titled, ‘Moving Nigeria Away from Tipping Over’ at a consultative dialogue attended by various socio-cultural groups including Afenifere, Middle Belt Forum, Northern Elders Forum, Ohanaeze Ndi Igbo and Pan Niger Delta Forum.

Obasanjo, who played an active role in the Nigerian Civil War, said he had never seen Nigeria so divided, adding that many of the problems plaguing the country today were due to the recent mismanagement of Nigeria’s diversity.

The former President said, “I do appreciate that you all feel sad and embarrassed as most of us feel as Nigerians with the situation we find ourselves in. Today, Nigeria is fast drifting to a failed and badly divided state; economically our country is becoming a basket case and poverty capital of the world, and socially, we are firming up as an unwholesome and insecure country.

“And these manifestations are the products of recent mismanagement of diversity and socio-economic development of our country. Old fault lines that were disappearing have opened up in greater fissures and with drums of hatred, disintegration and separation and accompanying choruses being heard loud and clear almost everywhere.”

Obasanjo said those beating drums of war and calling for secession must remember that were Nigeria to break into several countries, the citizens would still be neighbours and would need to interact with one another.

He stated that if Nigeria was to successfully tackle its challenges, it must first address the problem of disunity because a house divided could not achieve much success.

The former President, therefore, commended all socio-cultural groups present at the meeting, describing their agreement to come together as a good sign.

He added, “With what I have seen, read and heard from the rapprochement that you are forging together, I see a ray of hope that Nigeria can be saved from disintegration.

“If we are ready to live together in understanding, mutual respect and love with equity, justice, inclusiveness while engendering sense of belonging and unity of purpose and all hands on deck, we can deal with internal issues of terrorism, organised crimes, banditry, kidnapping, human trafficking, drug, money laundering and corruption. We will then be able to deal successfully with any incoming attack of terrorism, organised crimes, etc; from outside.”

Obasanjo described the National Assembly’s fresh constitutional review exercise as a waste of time and resources.

He subsequently praised socio-cultural groups like NEF and Yoruba Summit Group for describing it as such.

Obasanjo said, “That ray of hope was somewhat manifested in the last 10 days or so when the Northern Elders Forum and Yoruba Summit Group complemented each other in their separate press releases on the Senate’s idea of inviting submissions from Nigerian public for constitution amendment which had been regular money-gulping activity by every National Assembly session since 1999, a veritable source of waste without end.

“I believe one of our major problems in the past was that we did not dialogue enough, we talk at ourselves and selfishly keep old prejudices and biases. If we show understanding, give-and-take, love of one another and commitment and love of the country, we will do what is right and stand firmly together for the good of all.”

He said he was optimistic that the consultation among the several groups would enlarge the circle from the mini-dialogue group bit by bit until a national dialogue that could save Nigeria from disintegration was reached. When that is done, he said the initiative would come to an end.

The former President said only self-deluded people would claim that all is well in Nigeria.

He said, “I believe Nigeria is worth saving on the basis of mutuality and reciprocity and I also believe it can be done through the process of dialogues rather than talking at each other or resorting to violence. It will amount to dangerous and destructive self-delusion for anybody to claim that all is well in Nigeria today.”

He stated that rather than work on fixing the country and ensuring that grievances among several units within the country are addressed, some are fixated on the 2023 Presidential election.

Obasanjo added, “Some people are obsessed with 2023, I believe that with death, destruction, debt, disease, deceit, disbelief, disenchantment, doubt and suspicion around, we need to see our way through to 2023 and beyond in some form of unity of purpose, reasonable security, shared values, true democratic practice, inclusiveness and shared society. That is why we are here. No constitution is even permanent; it is dynamic with time and experience.” (PUNCH)

FRANK TALK: Between rhetoric and reality