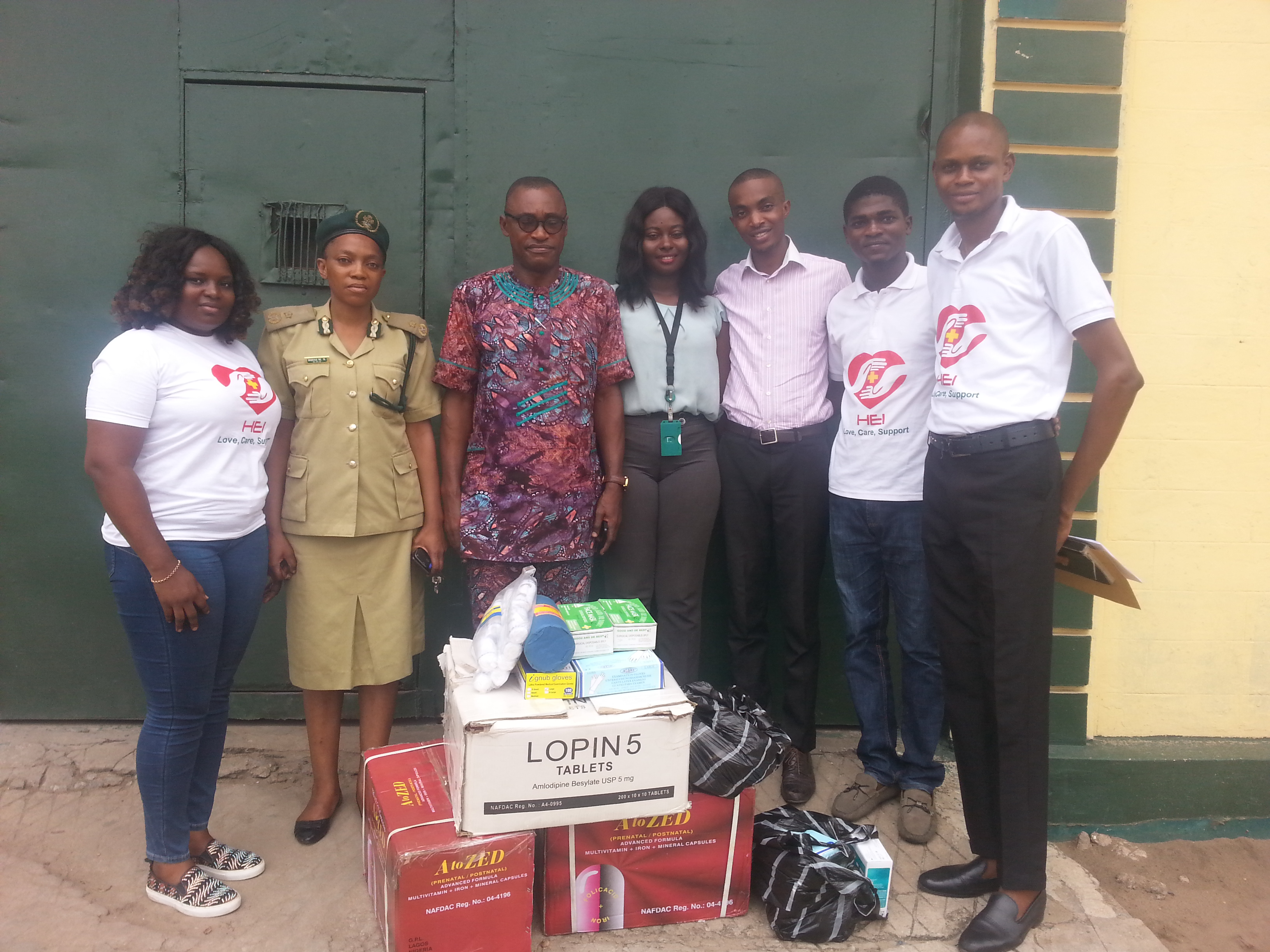 A Non-Governmental Organisation (NGO), Health Emergency Initiative (HEI) had donated drugs and other items worth N700,000 to the Medium Security Prisons, Kirikiri, Lagos, as interventions for the inmates.

The Deputy Controller of Prisons, Rev Ben-Rabbi Freedman, while receiving the items appreciated HEI, saying that such donations and visit would never be taken for granted as it supported the efforts put in place by government.

“As the head of this place we do not take it for granted each time we see people who shelve every other things that needs their attention and come down here to identify with us.

It is because you are helping us to do our work and we realise that not everybody has time for the inmates.

The impression out there is that when you are in prisons you are a big bad guy, who has been rejected by the communities, state and even the church.

“The narrative is that there are some that the church and family will not even want to come here and see.

Kicking them out of circulation because they have been found guilty of the law of the state and some of them are innocent.

Maybe because of gaps in the criminal justice system, the investigation was not properly done or lack of legal aids, found themselves in prisons.

So when we see persons come down to visit them, we do not take it for granted for all that is done. We are happy to identify with you and we will be helping you to help us better,’’ Freedman said.

He said that there were still areas begging for immediate attention which were skill acquisition, training, capacity building and empowerment.

The deputy controller said that there were so many challenges but government could not do it alone.

According to him, the current administration in prisons service is doing so much in terms of giving the equipment a facelift in terms of infrastructure.
“The budget that is provided for a year cannot solve the challenges in the prisons because of the number of inmates,’’ freedman said.

He said: “In other climes, people do not leave a correctional facility essentially to government, they come in to assist.

“We will equally relay your interventions and assistance to our superiors.

I have heard a lot about your group from the matron who has been on ground before I came in October and one or two stakeholders who have been of assistance to the facility.’’

On behalf of the 3,830 inmates, the deputy controller registered his appreciation and gratitude for the good works being done by the NGO.

Mrs Olayinka Layi-Adeite, Project Manager, HEI, said that the donations were made based on the needs of the inmates as provided by the matron of the clinic at the prisons.

Layi-Adeite while presenting the drugs, asked if there was more to be done aside from providing drugs and basic needs for the inmates.

The Matron of the clinic, a Deputy Controller, Mrs Muibat Rufai, said that a minimum of 80 and maximum of 120 inmates were attended to daily for different ailments.

The News Agency of Nigeria (NAN) reports that the Green Life Pharmaceuticals Ltd. gave the drugs donated by HEI to the prison inmates.

March 9: Anambra Govt appeals to residents to come out en-masse