Next to politicians, religion is Nigeria’s biggest problem 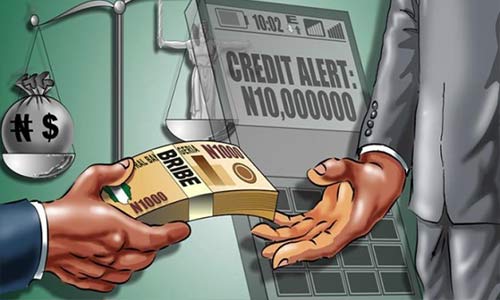 The statement, “Religion is the opium of the people” is one of the most frequently paraphrased statements of German philosopher and economist, Karl Marx.

It was translated from the German original, “Die Religion … ist das Opium des Volkes” and is often rendered as “religion… is the opiate of the masses.”

According to Wikipedia, Opium is dried latex obtained from the seed capsules of the opium poppy Papaver somniferum.

Approximately 12 per cent of opium is made up of the analgesic alkaloid morphine, which is processed chemically to produce heroin and other synthetic opioids for medicinal use and for the illegal drug trade.

So, opium is highly addictive and blinds users into thinking that they are in their right minds. It drives them into a delusion that takes rehabilitation to bring them back from.

It is not new that the parlous state of things in Nigeria are caused by our political leaders.

When Ebola came, it was providence that brought us back from the brink. It was an opportunity to build world-class hospitals complete with treatment for infectious disease centres, but because it happened very close to the election period in 2014, we frittered the opportunity and played politics with it.

Now, the worst kind of infectious disease has caught up with us and we’re grappling with treatment centres.

Aside from Lagos, no other state in Nigeria has any infectious disease treatment centre in Nigeria.

When the federal  and  state governments issued a directive that worship centres, schools, and public spaces be closed following the global pandemic of Coronavirus, it became a bitter pill for many religious leaders to swallow.

Many churches and mosques defied a government directive and opened their doors for worshipers.

What is wrong with us?

While the world is battling to contain the pandemic in the best possible way they could by telling their citizens to socially distance themselves, many clergymen in Nigeria refused because of greed.

We should learn from history. The bubonic plague, known as the black plague that ravaged the world between the 13th to 15th centuries killed millions of people, most blacks.

It found breeding grounds in large gatherings like churches where people were more in number.

It was disheartening to hear people say that the idea of shutting down worship centres, especially churches, is ill-advised. Says who?

It is a temporary restraining measure to curtail this rampaging monster called Coronavirus, but our religious people would have none of it.

A pastor of one of the biggest churches in Nigeria went as far as saying that closing the church is like closing hospitals in the midst of the pandemic. Really?

In the western world, many pastors are donating their auditoriums to be used as temporary hospitals to treat coronavirus patients.

The indisputable headquarter of Christianity in the world is Rome in Italy. Yet Italy is the epicentre of Coronavirus with over 50,000 people infected and 5,000 deaths.

The Catholics with over one billion global membership listened to the Pope and closed shop.

But in Nigeria, we find it hard to close down a gathering of just 20 persons. Why? Do we love God that much or are we driven by something other our love for God?

While the likes of Mountain of Fire and Miracles Ministries (MFM) and the Redeemed Christian Church of God (RCCG), shut their doors and even provided members with hand sanitizers, others refused to follow suit.

Nigeria is reeling from religious poisoning and the antidote is not yet available just like we haven’t found a cure yet for our politicians.