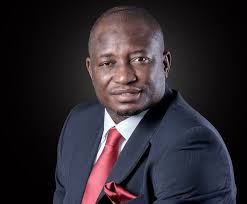 …Bill to protect journalists against non-payment of salaries, recommends stiffer punishments for quacks

A statement by Mr. Andrew Agbese, the Media Adviser to Hon. Ottah Agbo stated that the Bill was earlier slated for Second Reading, on Tuesday, but was shifted to the next Legislative Day following suspension of sitting in honour of Hon. Ossy Prestige, the member who represented Abia North/South Federal Constituency, who passed away recently.

The Bill seeks to define who a journalist is while spelling out the qualifications for practicing as a journalist had passed the First Reading since 2019.

The Bill has aroused interest in the media, given the extent quacks and fakes have infiltrated the industry, bringing the image of journalists to an all time low in Nigeria.

Dr. Ottah Agbo, a journalist himself, who is also the Chairman of the House Committee on Narcotic Drugs and the Spokesman of the Minority Caucus is a graduate of Mass Communications from the University of Maiduguri and having practiced journalism after graduation  and risen meteorically  before venturing into politics, felt the need to sanitise the industry to restore its lost image, respect and glory.

Dr. Ottah Agbo, known as the Ozigizaga and Moving Train of Enone, argued that journalism is the only profession assigned specific responsibility of holding government at all levels accountable to the people in the 1999 Nigeria Constitution.

But regretted that the profession remains an all comers  industry and the most abused in Nigeria.

While stressing that robust journalism and development communication are key ingredients in the sustenance of constitutional democracy and national security, the Feed Back and Give Back Lawmaker said until media practise is sanitized and restored to its lost glory, democracy will continue to wobble and fumble and fall short of meeting the target expectations of Nigerians!

The statement quoted Dr. Ottah Agbo to have argued in his lead debate of the bill thus:

“In Nigeria, journalism is the only profession assigned specific responsibility of holding government to account in section 22 of the 1999 Constitution.

“Yet it is the most bastardised, a free for all profession with no clear qualification guideline and sadly too, its regulatory bodies like the Press Council, NUJ, Guild of Editors, Newspapaer Proprietors Association at best, can only bark without biting!

“This has prompted some critical thinkers to now say journalism is not a profession but a mere trade!

“Most people feel that once you are jobless and you can afford a jotter, pen and a midget to record voices, you can automatically ply the profession of journalism.

“And such people go about blackmailing people, especially public servants as well as assaulting democracy and its sacred institutions.

“The Bill, when passed into law will address these challenges  by redefining  and refining the media industry and by extension, strengthening democracy and hence the need to define who a journalist is, what qualification qualifies him to be a journalist, and stipulates punishment for defaulters and quakes.

“Less noble professions are well regulated and respected, so why should journalism, the profession beyond compare, remain an all comers affair in this century?”

The Bill also seeks to ensure journalists are paid their entitlements by their employers and stipulates a new regime of fine as punishment for fake journalists.

Dr. Ottah  Agbo has sponsored many critical Bills and Motions since the inauguration of the 9th Assembly.

They Are, A Bill To Establish Facility Management Institute, A Bill to amend the Police Trust Fund Act to make NDLEA and other policing institutions to be beneficiaries of the fund as well as the Federal Polytechnic Ugbokolo (Establishment) Bill.

The lawmaker has also moved five important motions and still counting. They are: Urgent need to dredge Rivers Benue/ Niger, ‘ Motion to investigate N10b voted for dredging of River Benue, Need To Declare State of Emmergency In Drug Addiction’; ‘Urgent Need To Rebrand Nigeria’ and ‘Urgent Need To End The Boundary Crisis between Agila Community In Ado LGA, Benue State and Ngbo Community of Ohaukwu LGA of Ebonyi State’.