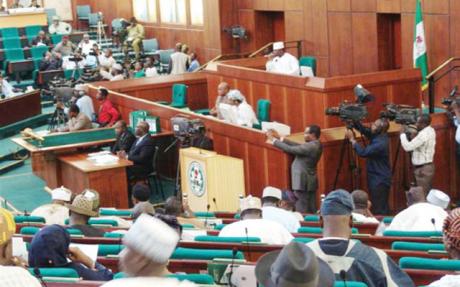 The All Progressives Congress (APC) caucus in the North West is demanding that the speakership of the House of Representatives be zoned to the region.

They claimed they contributed heavily to the victory of the ruling party during the general election.

Incumbent speaker, Yakubu Dogara, is likely not returning to the position having joined the Peoples Democratic Party (PDP) which currently has minority in the house.

Addressing journalists at the National Assembly Complex, on Tuesday, John Dyegh, one of the leaders of the caucus, asked the APC leadership to cede the position to the zone to ensure fairness and justice.

“We are confident of the ability and capacity of the national leadership of the APC to do right to all in order to advance national cohesion, balance of power and federal character,” the caucus said.

“It is in this regard that we humbly wish to appeal to our great party, the APC, to strongly consider the north-central geo-political zone for the position of speaker of the House of Representatives in the 9th assembly.

“Zoning the position of speaker to the north-central will satisfy and advance the cause of equity since the north-west and south-west already have the presidency and vice presidency respectively.

“We note apart from the north-west and north-east, the north-central zone delivered handsomely for the party in the general elections and as such needs to be rewarded for the hard work and loyalty.”

Dyegh said the zone would “feel a sense of belonging if it is allowed to produce the speaker in the next assembly.

“While we believe the reasons advanced above are very cogent and persuasive enough, we reiterate that our call for the north-central to produce the next speaker of the house is an appeal to the sense of justice, fairness and equity of our great party.”