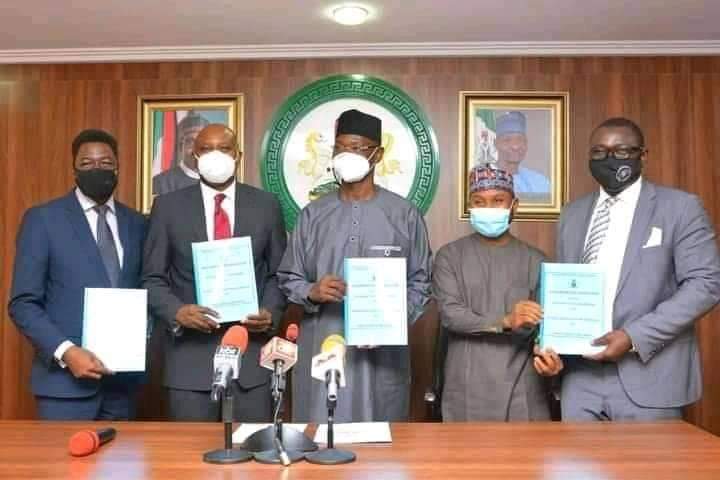 The Nasarawa State Government has signed a tripartite agreement aimed at producing 2000 housing for low and medium income workers in the state.

The tripartite agreement was signed at a ceremony at the Government House, on Tuesday.

The agreement, which involves the Nasarawa State government, Federal Mortgage Bank of Nigeria and the Family Homes Fund, was aimed at the provision of 2000 housing for low and medium income earners in the state, as well as associated financing required for the people to buy the houses on completion.

Speaking shortly after the ceremony, Governor Abdullahi Sule of Nasarawa State, described the event as ‘not only another milestone’, but in line with the policy thrust of his administration, as enshrined in the Nasarawa Economic Development Strategy (NEDS), with housing as key area of interest.

According to the governor, the signing of the agreement, will create wealth, boost economic activities in the state, create employment opportunities, while also providing houses for the less privileged, mostly workers earning less than N100, 000 monthly.

Governor Sule appreciated the FMBN for partnering with the Family Homes Fund, while also spefically thanking President Muhammadu Buhari, for initiating the idea, aimed at ensuring that less privileged members of the society acquire homes, towards addressing challenges of housing deficits in the country.

The governor noted that for a state like Nasarawa, opportunities for 20, 000 employment as stated by the Managing Director of the Family Homes Fund, is not a small achievement.

Said he, “If we can have 20, 000 of our graduates who are roaming the streets of Nasarawa State, we are going to create a huge employment. This is one of my major motivation,” he stated.

Governor Sule added that his administration was aware that with the high cost building in the Federal Capital Territory, Nasarawa State remains a frontline state when it comes to land acquisition.

The governor said that informed the decision to push the state forward, to see what will come to the state for the benefit of all the partners.

He assured that his administration would strictly monitor the project, towards ensuring that it is executed according to the terms of the agreement.

Also speaking, Managing Director of the Family Homes Fund, Mr. Femi Adewole, described the signing of the agreement as a landmark event, with his firm committing N6bn in executing the project.

Adewole explained that the project would, among others, construct 2000 homes, including associated financing required for the people to buy their homes.

He added that the project would also expected to create at least, 100, 000 jobs, both direct and indirect, at the construction sites, as well as through the multiplier effect in the downstream.

Adewole equally assured that products to be used in the construction would be locally sourced.

He described the agreement’s signing, which is also a pilot project, as a ‘novel’ approach to housing supply, by bringing all three critical elements of the housing value chain together under one roof.

“This will put an end to the failure bedeviling housing projects in Nigeria. This is a solution that will not only bring a lot of reputation to Nasarawa State, but we expect using this success in Nasarawa, to replicate across many states,” Adewole said.

Earlier, the Managing Director of the Federal Mortgage Bank, Arch. Ahmed Musa Dangiwa, said the tripartite agreement would elevate the level of collaboration and partnership with the bank and Nasarawa State.

The FCMB MD, who was represented at the event by the Group Head Strategy of the bank, Mr. Oladapo Fakeye, explained that the bank manages the Federal Housing Fund, created for all workers across the country both in public, private service and even the self-employed, to contribute just 2.5 percent of their monthly salary, to benefit from wide range of products, targeted at provision of housing or improving housing for Nigerian workers.

While expressing satisfaction with the NEDS, which has urban and sustainable housing as part of its major components, which is in line with the objectives of the FMBN, the MD said Nasarawa State is one of the frontline states partnering with the bank.

Abdullahi added that the agreement was for a social housing programme, in fulfilment of the Engineer Abdullahi Sule administration’s fifth game changer opportunity as enshrined in the NEDS.

During the signing ceremony, Oladapo Fakeye signed for the FMBN, Femi Adewole signed for his company, while both Attorney-General and Commissioner for Justice, Associate Prof. Abdukarim Abubakar Kana and MD NASIDA, Barr. Ibrahim Abdullahi, signed on behalf of the state government.