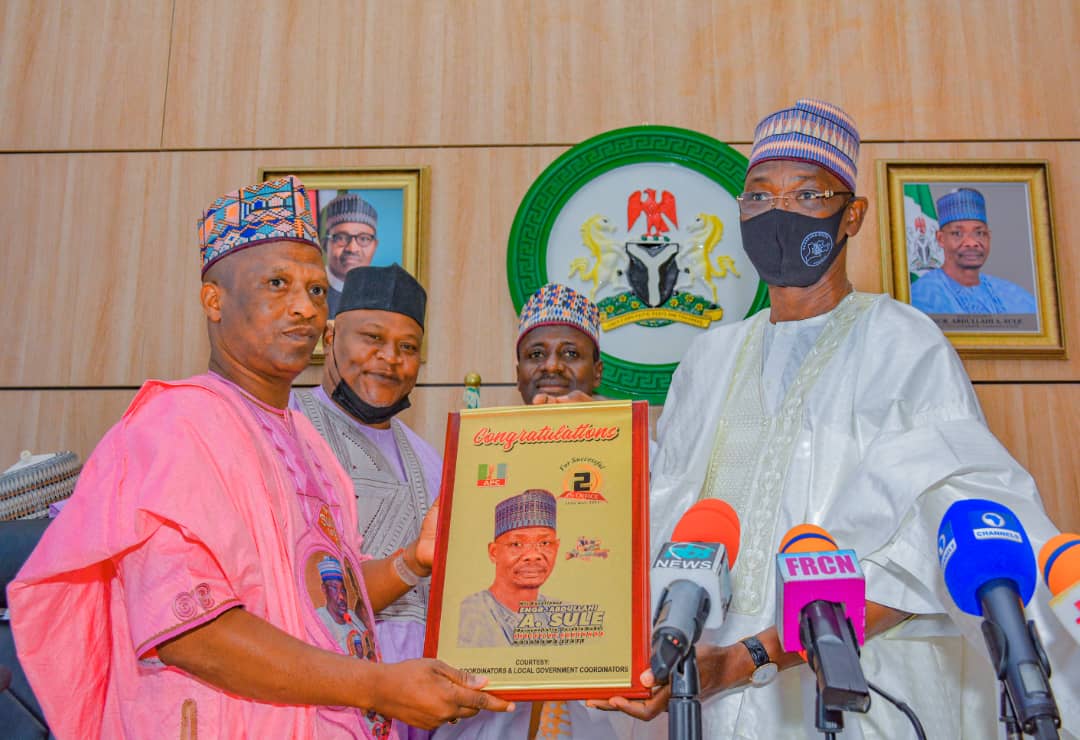 Governor Abdullahi Sule of Nasarawa State has restated the willingness of his administration to implement outstanding promotion for civil servants of the state, if the economic conditions of the state changes for the better.

Governor Sule made this known when he hosted zonal, local government and development areas Engr. A. A. Sule coordinators, at the Government House, last Friday.

According to the governor, his administration is willing to implement the backlog of promotions for civil servants, if the condition of the state improves financially.

Said he, “We realised that at the state level, pensioners were being paid 50 percent of their monthly pension, we promised to pay full pensions and we have fulfilled that.

“We have also made commitment that at the local government level, where they are being paid 50 percent salary, 50 percent pension, we will pay one hundred percent. We have been doing that,” he stated.

The governor said even though some local government areas are behind in the payment of salary and pension of their workers and retirees, his administration is working tirelessly to clear any outstanding payment.

The governor described as ‘unfortunate’ that workers’ promotion has stagnated for over a decade, as a result of dwindling resources accruing to the state.

Governor Sule promised to look into the issue and to implement the backlog of promotions, if the financial condition of the state improves.

“As long as it’s something that we have the money, and we look at it and it’s legitimate, and it’s the right thing to do, without being asked, we will address it and pay,” he said.

The governor explained that as someone who rose in his career through promotion, he has no reason to deny any worker the right to be promoted.

Governor Sule described as ‘unfair’, attempts to push him into agreeing to pay outstanding 13 years promotion for civil servants, especially at a time that the state is battling to even pay salaries.

He continued, “All my life, I have been promoted. I went through promotion from a simple Engineer, to Engineer I, Engineer II, to Senior Engineer, Principal Engineer, to Assist Engineer, Engineer and then I became Managing Director.

“How could I then deny any worker the right to be promoted?” the governor explained.

The governor emphasised that his administration is more than happy to pay promotions for civil servants, but that the financial condition of the state, has to be right for such promotions to be paid.

Earlier, the Engr. A. A. Sule, Nasarawa South zonal Coordinator, Hon. Abdullahi Mustapha Aliyu, said they were at the Government House, to identify with the exemplary leadership of the governor and to appreciate Engineer Sule, for embarking on a meet-the-people tour across the state.

The Engr. A. A Sule coordinators, who formed the original structure the governor used to kick-start his campaign in 2019, commended the governor’s vision, resourcefulness and commitment, in handling the affairs of the state.

Hon. Aliyu, a former commissioner in the state, expressed satisfaction that Engineer Sule, is doing his best, to sustain security, service delivery, freedom of worship, as well as the welfare of citizens, which he identified as the pillars of democracy, without which the system becomes dysfunctional.