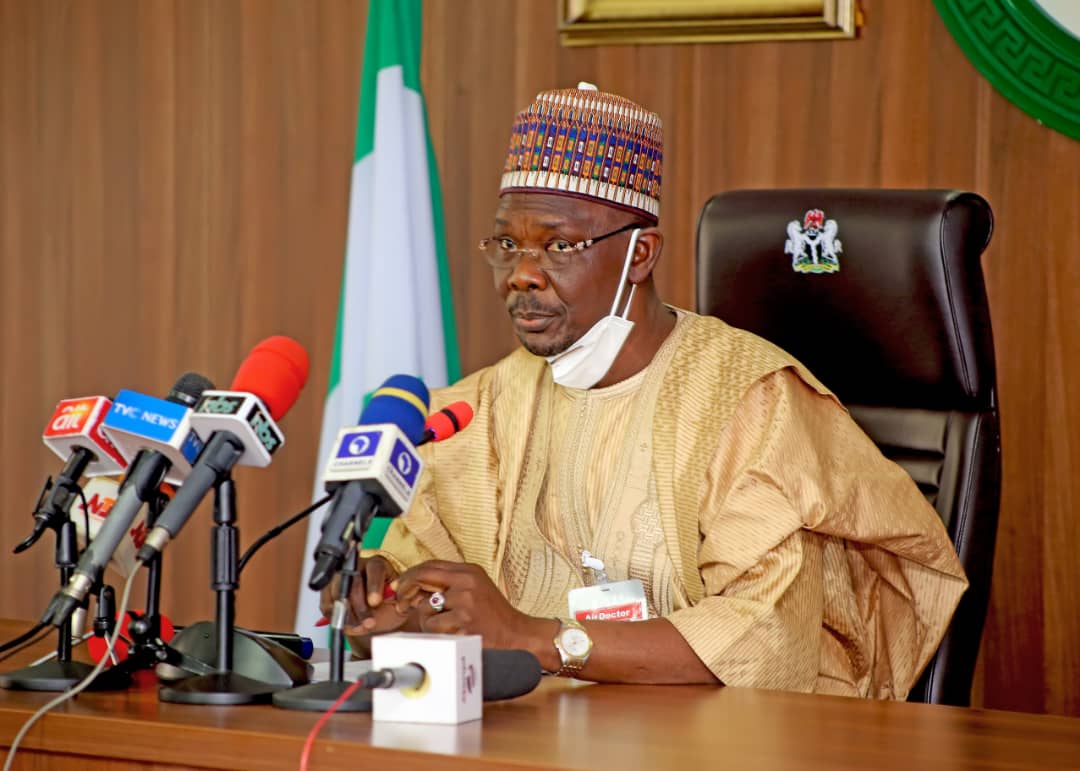 Nasarawa State Governor, Engineer Abdullahi Sule, has expressed concern over the alarming increase in the spread of the Coronavirus pandemic, with the state so far recording 177 cases, with seven deaths.

Engineer Sule made his feelings known while updating stakeholders at an expanded COVID-19 meeting, which is presently holding at the Government House.

The Governor was particularly worried about the spread of the virus in Karu and Keffi Local Government Areas, that have so far recorded 76 and 30 confirmed cases respectively, mostly as a result of their proximity to the Federal Capital Territory (FCT).

Engineer Sule used the opportunity of the meeting to inform stakeholders that the state is in receipt of 35 trucks of assorted food items donated by COCAVID, a private sector initiative.

The Governor added that stakeholders at the meeting will decide on the timing for the distribution of the food items.