…Says, 'Press freedom not a choice' 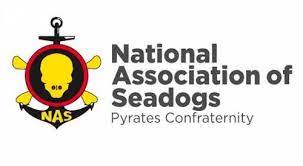 The recent action of the National Broadcasting Commission (NBC) aftermath the interview granted by Governor Samuel Ortom of Benue State on Channels TV  has been condemned for being over bearing.

The National Association of Seadogs (Pyrates Confraternity) which criticised the NBC said its action was clearly an act of “professional intimidation, disrespect for democratic ethos and a flagrant abuse of regulatory power.”

The NAS Capoon, Mr. Abiola Owoaje in a statement titled “On NBC Increasing Assault on Press Freedom” said the action of NBC is unbecoming of an impartial regulator.

“The National Association of Seadogs (Pyrates Confraternity) deplores this reaction of the NBC to the interview granted by Governor Ortom. We wish to restate our concerns over the Commission’s incredible disdain for professional journalistic ethics and political neutrality, a blatantly partisan interpretation of its core mandate and a growing intolerance for freedom of expression by Nigerians, and by extension press freedom. Its predilection to suppress views considered dissenting or critical of the government through harassment, and intimidation of broadcasting stations is unbecoming of the professionalism and patriotism expected of a regulatory agency. NBC has regrettably reduced itself to an appendage of the current administration, awkwardly abandoning its core mandate to create an enabling environment for broadcasting to thrive in our country,” he said.

According to Owoaje, NBC actions have contributed to make Reporters Without Borders ranked Nigeria 120 out of 180 countries on the World Press Freedom Index listing the country as one of the worst countries for journalists to stay.

“The government by its reaction to Governor Ortom’s interview has missed an opportunity to reassure the public of its good faith and positive intentions, on the serious security concerns of the citizenry. Rather than react to Governor Ortom’s allegations with irrefutable facts, it resorted to clandestine tactics to escape the necessary scrutiny of a democratic system that derives its powers from the designated sovereign will of the people.

“To be sure, it must be stressed that press freedom is not a matter of choice that is dependent on

prescribed behaviour, but a fundamental pillar of a healthy democratic system.

The Nigerian media has the resilience to outlive draconian regimes; the

President Buhari government will not be an exception. The current administration should concentrate on delivering on its mandate to secure the lives and property of our people, promote their welfare, and stop chasing shadows by using government agencies to harass Nigerians”

BBNaija: Angels mother says she wanted to go for BBN