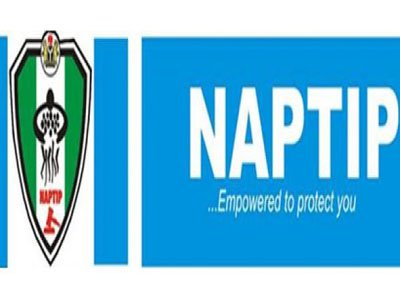 The Benin Zonal Command of the National Agency for the Prohibition of Trafficking in Persons (NAPTIP) has arrested no fewer than 20 persons for suspected human trafficking.

Commander of the agency in Edo and Delta zone, Mr. Nduka Nwanwenne told NAN, in Benin-City, on Friday, that the suspects were arrested between January 2019 and May 2019.

He said that some of the suspects had been charged to court, while others were still in the command’s custody pending completion of investigations into their cases.

Nwanwenne also said that within the period, 38 trafficking survivors were rescued, while 46 cases were reported.

He said that the zonal command still had 36 cases pending in courts, adding that the major challenge to the speedy determination of cases of human trafficking was the retirement of judges.

He disclosed that the recent visit of the Director-General of NAPTIP, Mrs Julie Okah-Donli, to the Chief Judge of Edo prompted the designation of two special courts to handle human trafficking cases.

Nwanwenne said since the dedication of the special courts for the cases, there had been speedy trial of cases.

He said that in line with the policy of the agency to rehabilitate and reintegrate survivors into the society, the director-general has directed the zonal command to empower 20 survivors of human trafficking.

According to him, the survivors had earlier undergone and completed training in various vocational fields.

Nwanwenne said the areas of empowerment for the victims include: catering and hospitality management, fashion and design and cosmetology.

He disclosed that in the last two years, no fewer than 100 survivors of the criminal act have been empowered by the agency, and that majority of them were doing well.

Nwanwenne said that a template had been put in place to stop beneficiaries of the empowerment scheme from disposing the items or attempting to be re-trafficked.

EU leaders disagree on candidates for top posts due to division