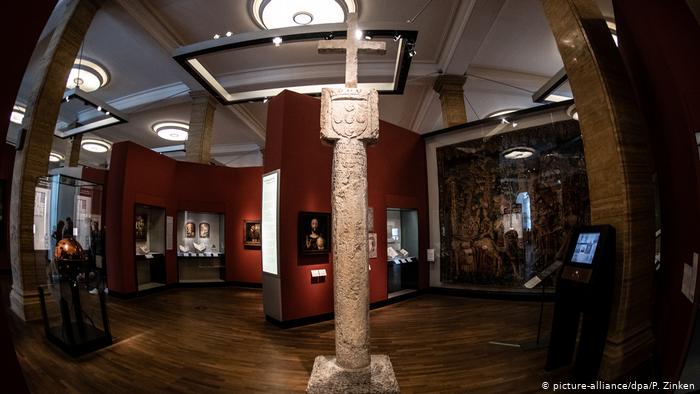 Namibia will receive one of the most valuable art pieces in the 15th century, the cross-capsule column taken by German colonists and exhibited in a museum in Berlin, Germany, the Namibian Genocide Committee announced on Friday.

“The return of cultural goods is an important building block for our common future with Namibia,” said Müntefering in a statement.

The cross-capsule column is a former Portuguese national emblem, which was adopted by Portugal around 1486 at the Modern day Namibian coast.

Also known as “Cape Cross” column is 3.5 meters high, more than a ton heavy and ends with a cross.

Emperor Wilhelm II took it in 1894, when the country had become a colony of Deutsch-Südwestafrika (German-Southwest Africa).

A copy of the column was erected by Germans in 1895 and was declared a national monument by Namibia in 1968.

In 2017 Namibia demanded the return of the original column.

Already in August of last year, Müntefering had genocide human remains at his disposal returned to Namibia from Germany.

A plan to start a Special Economic Zone (SEZ) in Namibia is expected to be implemented next month, Namibian Minister of Industrialization, Trade and SME Development Tjekero Tweya said on Thursday.

The move is meant to drive investment in the coastal town of Walvis Bay which harbors the country’s port facility.

“We are left with only a few logistics on the policy itself which we are finalising between the Ministry of Finance and the Ministry of Industrialization,” Tweya told Xinhua.

“Once that is ironed out we will be ready to make an announcement and start implementation.

“The SEZ touches on the existence laws like your tax income laws and all others, so we just want to finish those discussions internally within the two ministries. The discussions may take a month or so,” he said.

Namibia has been finding ways of creating a favorable investment environment in the coastal town to attract foreign capital. (NAN)