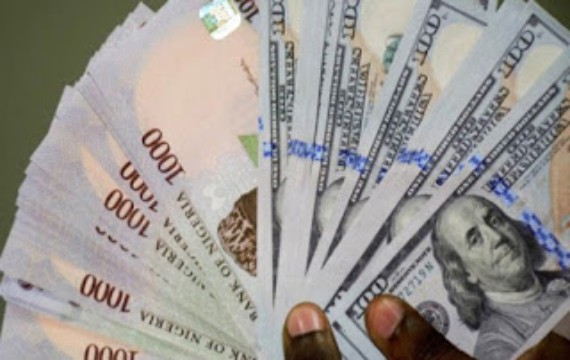 Naira has continued its races race against the dollar for three consecutive days after a losing streak which has seen it plummet to an 11-month low.

READ ALSO: How billions of dollars are exported outside the country, by Emefiele

Reports said the Nigerian local currency has gained more than 25 per cent against the dollar since this week after trading for N900 for most of the first week of November.

As of Thursday 10, November 2022, the naira traded for N720 and N730 against the dollar in the unofficial parallel market.

Check by on the Allen, Ogba and many other Lagos metropolis, most of the traders reported N860 per dollar, meaning it has gained about N240 in five days.

Analysts believe the hype about the fall last week was artificial based on the plans of the Central Bank of Nigeria to redesign banknotes.

Journalist and financial analyst, Bamidele Ogunwusi, said the tension around the naira last week was artificial.

Others believe that increased forex liquidity by the CBN has also thawed the demand for the greenback.

There was a massive rush to dump the naira penultimate week after the CBN announced its plans to redesign the local, creating panic among hoarders who rushed to flood the market with it.

The naira was rated as of the seven worst-performing currencies in Africa alongside the Ghana cedi.

The recent gains of the naira would see it exit the worst-performing currency on the continent as hopes mount that it would continue on its present positive trajectory.

Nigerians on social media have reacted to the gains of the naira against the dollar.

While some believe it is a positive sign, others say it does not translate to a reduction in the price of goods and services.

“The dollar goes up, and prices of goods go up.

The dollar goes down, and prices of goods stay up.”

A third commented: “Look, It Dropped All the Way to #100 today, There Are Definitely Forces Behind this thing, smh.”