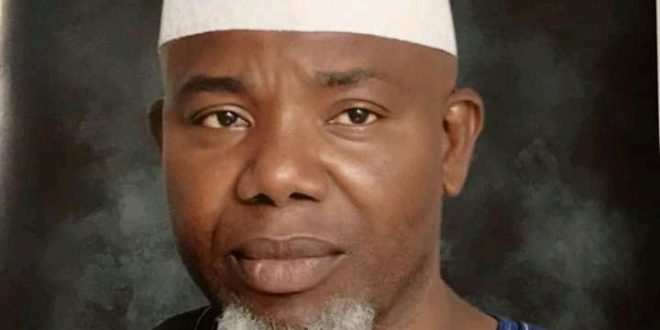 The Muslim Public Affairs Centre, MPAC Nigeria has commended President Muhammadu Buhari over the nomination of Barrister Zikrullah Kunle Hassan as the Chairman of the National Hajj Commission.

In a public commendation posted on the MPAC website, the MPAC Executive Chairman, Disu Kamor said the President must have taken cognisance of the experience of the nominee for such a sensitive office with implications on the integrity of the nation.

.Disu noted that beyond the Islamic religious connotations of Hajj, NAHCON mandates have implications on areas like foreign and diplomatic affairs, immigration, aviation and health which require education, experience and exposure to manage.

The organisation stated that, there is no doubt that the commission work has multiple dimensions that touch on the integrity of the country in international affairs.

“Beyond the Islamic religious implications of hajj, the commission’s mandates covers diverse areas including foreign and diplomatic affairs, immigration, aviation, health, drugs and narcotics monitoring among other duties.

“So, appointment into its leadership must therefore take cognisance of the versatility of its officials in terms of education, experience and exposure. That is, it should be merit based.

“Managing hajj is indeed very complex and tasking, never to be used as experimental appointment or political patronage. Appointment into the commission therefore always must be based on rational choice founded on evidence of past performance in a testy office,” the organization pointed out.

Barrister Hassan, according to the release, is indeed a tested hand from his student days as one of the leaders of the Muslim students’ mass movement, the Muslim Students Society of Nigeria in the 1980s.

“He later served as the Administrative Secretary of the World Assembly of Muslim Youth/International Islamic Federation of Students Organisation Africa Regional.

“Hassan stands tall as one of those who grew the renowned Nasrullahi Al Fathi Society, NASFAT to a global brand when he served as its executive secretary some fifteen years ago before his appointment in Osun State to manage the pilgrims welfare board there,” the statement disclosed.

The statement further informed that, as a business management graduate of the University of Lagos who went ahead to study law, the intellectual breadth of Barrister Hassan is indubitably.

With a depth of Islamic knowledge, Hassan stands tall as a worthy candidate for the exalted and sensitive office.

The organisation expressed certainty that as a round peg in a round hole, Barrister Hassan and his colleagues would not betray the confidence of Mr. President in them as they would work assiduously to transform the agency into an institution of pride in the management of Muslim pilgrims’ affairs in Nigeria.

Concluding, MPAC congratulated him and his worthy colleagues on the board praying that Allah grants them the wisdom and courage to lead this important body into the next level and transform it to a new height that it truly deserves to be.