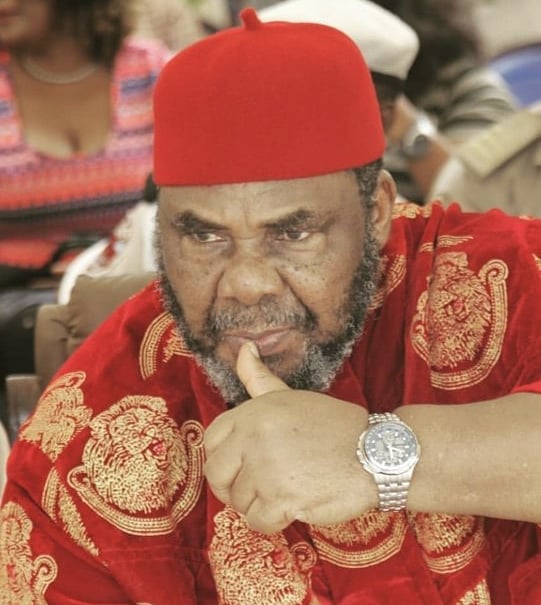 Uche Edochie, one of the sons of legendary Nigerian Nollywood actor, Mr. Pete Edochie, has debunked the rumours making the rounds that his father had died in a motor accident.

Recall that the news broke out that popular veteran actor Pete Edochie was involved in an accident which took his life had broken, on Saturday.

Uche Edochie had taken to his Instagram Page and posted a picture of himself, Pete Edochie and his grandchildren, with a caption, stating that his father was alive and in good health.

He further queried why someone would post an obituary of his father knowing that he is very much alive.

Uche Edochie also explained that for the past twenty years, some set of people have decided to proclaim the veteran actor dead.

Uche wrote, “Hi everyone. My dad is fine. No, he is not dead and he has not been in an accident. Believe it or not, for the past twenty years, a group of people has taken up the task of declaring that my dad is dead.

“They do this every other year. Human beings are a weird bunch. I wonder what motivates people to do things like this. “These are adults. I guess they do it to drive traffic to their websites or just for attention; who knows? If this was a one-off incident, I would not even bother to talk about it. But they have persisted.”

“They have been doing this for years now and in the past few days, friends are calling us yet again. My dad must be some sort of superhero because according to the people peddling this news, he has died like a hundred times in the past twenty years. Anyway thanks, guys. Just needed to drop a quick one and shut this madness down. Have a superb week.”