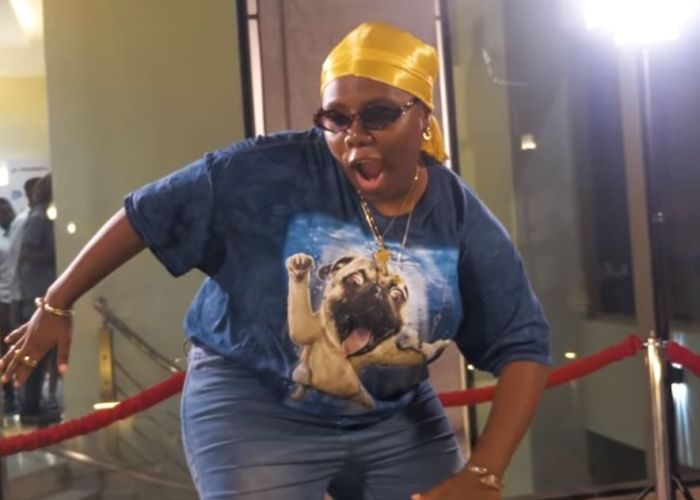 Teniola Apata a.k.a Tenientertainer has opened up on how her seven years sojourn in the university
inspired her hit single, ‘Uyo Meyo’.

“It just came from me being grateful to God for everything thus far. For me, even being able to complete the programme, it took me 7 years to graduate from the university,” she said in a recent interview with Notjustok Television.

“I was just in my car driving to graduation and on my way to graduation, I was listening to a song I had and I called the producer and said send me the beat because the beat was so spiritual and I just started freestyling in my car and that’s just how ‘Uyo Meyo’ came out.

‘Uyo Meyo’ is a good song that was created from the bottom of her heart,” She stressed.

Teni who spoke further on her inspiration and her dream to win a Grammy is so confident of her talent and abilities that she says she will not only win Grammys but also perform and sell out stadiums globally.

In the early part of the interview, Teni reminisced on how she has prophesied greatness to herself and how it came to be.

Teni says she would only do what she feels or wish to do and not what others want her to do.

On her personality, the `Askamaya” singer says she’s known to be a stubborn lady, who does solely what she wishes and not others wish for her.

“People I grew up with, like friends, have always known me to be a stubborn person,” she began. “I do what I want to do because I just realise from a very young age that look here, how long am I going to be on this earth?

I need to enjoy my life, as long as I am not harming anybody, I need to do what is best for Teni.

I would rather fail at what I want to do than fail doing what someone told me to do.

I’m comfortable in what I am wearing, I mean if I was wearing all these tight things, I won’t be comfortable,” she said.

For Teni, people’s worth is in their person and not their estimated worth.

She says, “Everybody has something to offer, I can’t do your job, can’t hold the camera like the cameraman but you have to be with them to realise because in Nigeria, you being special depends on how much money you have. People don’t know their worth is in their skin.”

Teni’s confidence in her talent when she started was so strong that she told her label owner, Dr. Dolor that he would be making a huge mistake if he fails to sign her.

“Here’s what I told my boss before he signed me.I told my boss (Dr. Dolor) that if you don’t sign me, you are going to be making a very bad decision because I’m different.”

Teni, who has gone from being Headies award rookie of the year to a BET nominee in just two years, confessed to loving roadside stuff that includes local Nigerian snacks.

She went further to share what she has learned after one of her hit singles, ‘Case,’ was released in Nigeria.

Continuing, she said, “By the time Askamaya blew, I was in America, they were telling me that my song has blown in Nigeria.

When I returned to Lagos, people were already calling me olomoge askamaya and I was like…It blew up in London like crazy, like a wildfire.”

For her legacy, Teni wants to live a fully well-spent one. “I want to make sure that when I am dead and people gather around me to sing goodbye, and they are singing it is well, I will know that it is well.