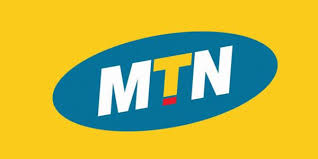 Delivering the judgment in Osogbo on Wednesday, Justice Yinka Aderibigbe ordered Raheem to serve her term at the Ilesa prison.

Aderibigbe said the convict deserved the sentence due to the magnitude of her offence, and having been found guilty of the criminal acts brought against her.

The News Agency of Nigeria (NAN) reports that the convict, who was arraigned on a five-count charge bordering on theft and arson, was not given an option of fine.

The State Prosecution Counsel, Mr Abiodun Badiora, had told the court that the former sales representative committed the offences on June 1, 2017 at an MTN outlet owned by Wolid Investment Limited, an MTN Nigeria Partner, in Osogbo.

Badiora said the convict stole the N4.5 million in her custody and also attempted to dubiously set the business outlet ablaze.

He said the convict’s intention was to deceive the owner of the outlet that the money got burnt in the building before the fire was put out.

The defence counsel, Mr Abdulfatai Abdulsalam, had prayed the court to temper justice with mercy in sentencing his client, who had been pronounced guilty earlier. (NAN)